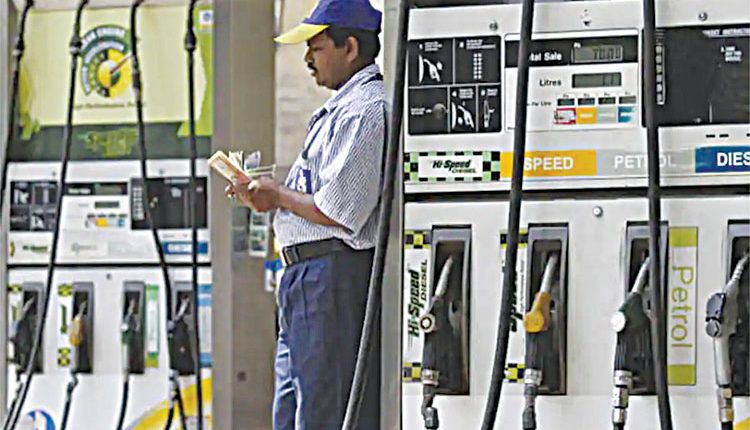 New Delhi, Jan 18 (FN Bureau) Petrol price in Delhi has touched its record high reaching Rs 84.95 per litre on the morning of January 18 after petrol and diesel prices were hiked by 25 paise/ litre by oil companies. The cost of petrol per litre in Mumbai is at Rs 91.56. Diesel prices in the two cities are now at Rs 75.13 per litre in Delhi and Rs 81.87 per litre in Mumbai. This is the second price hike in last 15 days as oil marketing companies announced hike of Rs 0.23 for petrol and Rs 0.26 diesel per litre on January 7. The price hike came as a result of resumption of daily price revisions by state-owned fuel retailers like Indian Oil Corporation Ltd (IOC), Bharat Petroleum Corporation Ltd (BPCL) and Hindustan Petroleum Corporation Ltd (HPCL) starting January 6 after nearly a month-long hiatus.

Back in mid 2020, the petrol price in the national capital crossed Rs 80 per litre mark for the first time in more than two years and has been on the rise ever since. The previous highest ever rate recorded in Delhi was at Rs 84 per litre on October 4, 2018. Rates have been increased across the country but the final retail selling price differs from state to state depending on the incidence of local sales tax or VAT.