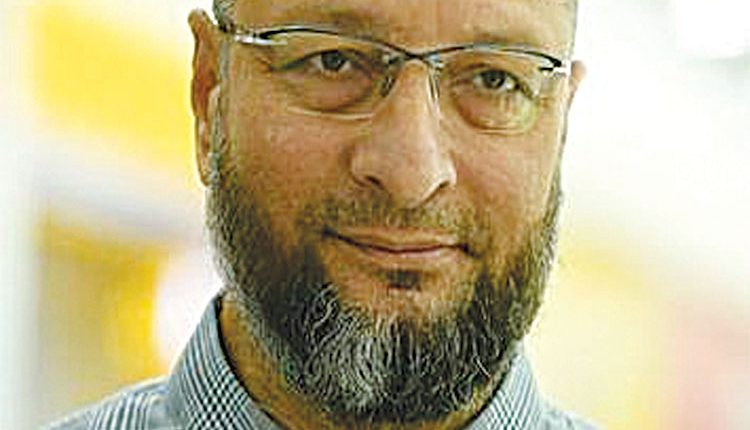 Kolkata, Jan 4 (Agency) AIMIM supremo Assaduddin Owaisi on Sunday arrived at Futura Sharif in Bengal”s Hooghly district and held discussions on the state’s political scenario and upcoming assembly polls with prominent Muslim leader Abbas Siddiqui, sources in his party said. This is Owaisi’s first visit to West Bengal following his announcement to contest elections in the state. “Owaisi wanted to keep the meeting a secret as we were apprehensive that the TMC government would stop him from exiting the airport. From Kolkata airport, he went straight to Hooghly to meet Abbas Siddiqui. He will leave for Hyderabad in the afternoon,” AIMIM state secretary Zameerul Hassan said.

Earlier, Owaisi had decided to hold a virtual meeting with Siddiqui, but he changed his mind at the eleventh hour and flew down to Bengal to pay him a visit. Siddiqui, a pirzada (religious leader) from Futura Sharif, has been speaking out against the state government over a host of issues, of late. According to the sources, he is planning to float a minority outfit of his own. Owaisi, whose party put up a good show during Bihar polls last year — bagging five seats in the region bordering Bengal — might have also held talks with Siddiqui on a possible seat-sharing deal, they said. The AIMIM chief’s visit to Futura Sharif, however, evoked sharp reactions from the ruling TMC. “The AIMIM is nothing but a proxy of the BJP. Owaisi is well aware that Muslims here are mostly Bengali-speaking, and won”t support him. He is trying to forge ties with Abbas Siddiqui, but that won”t yield any result. “Muslims in Bengal stand firmly by Mamata Banerjee,” senior TMC leader and party MP Sougata Roy asserted.

A deciding factor in nearly 100-110 seats in the state, minorities especially Muslims have acted as a bulwark of the TMC against its rivals till 2019 Lok Sabha polls. Prominent Muslim leaders in the state, nonetheless, have claimed that equations are likely to change with the entry of the All India Majlis-e-Ittehadul Muslimeen (AIMIM). According to a senior leader in the Hyderabad-based party, Owaisi has seen in West Bengal a fertile ground for his expansion plans, as Muslims constitute around 30 per cent of the state”s population. Of the 30 per cent, however, at least 24 per cent are Bengali-speaking Muslims. Elections to the 294-member West Bengal Assembly are likely to be held in April-May.

All preparatory works to give COVID vaccine done by Pondy Health Department : CM