All preparatory works to give COVID vaccine done by Pondy Health Department : CM 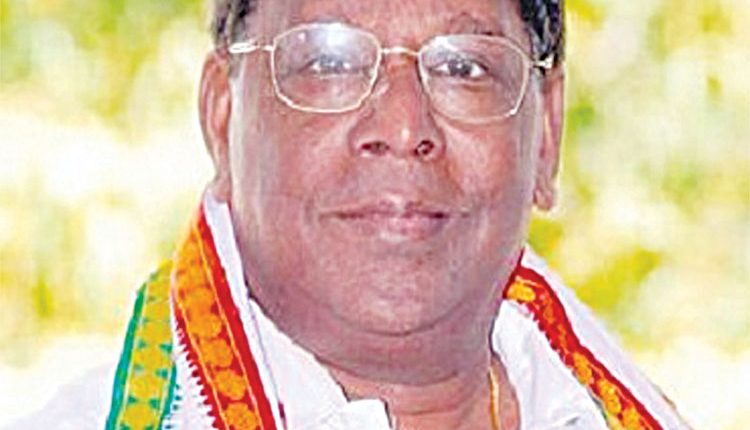 Puducherry, Jan 4 (Agency) The Puducherry Health Department has done all preparatory works to administer COVID-19 vaccine to people, Chief Minister V Narayanasamy said on Monday. In a virtual press conference here, he said that a Covid vaccination dry run was conducted in all the four regions of the Union Territory two days back. Training was also given to the doctors and nurses on administering the vaccine, the Chief Minister said.
The Chief Minister said that once the vaccine was made available, 14,000 frontline health workers would be given the vaccine.13,000 of them were already registered, he added. He said 29 centers were arranged in Puducherry to give the vaccine, while it is eight in Karaikal, three in Mahe and one in Yanam. About 100 to 200 vaccines will be given in each centre in a day and for the 14,000 frontline health workers it will be completed in a week. In the second phase ,the frontline workers in other fields such as Police, Revenue, Local Administration Department and other departments would be covered. The vaccine is expected in another ten days, he said, adding that when Union Minister of State for Home G Kishan Reddy visited Puducherry on Sunday, he announced that the vaccine will be provided to the people of UT free of cost.

If the Centre provides the vaccine free of cost it will be accepted and in other case, the vaccine will be purchased from the funds of the state government, he added. People above 50 years and those with comorbidities like Hypertension and Diabetes would be covered under the third phase. However, the full details in this regard is yet to be received from the Centre, Mr Narayanasamy said. Cold chains to store the vaccine were also set up in all the four regions of the UT, he added.