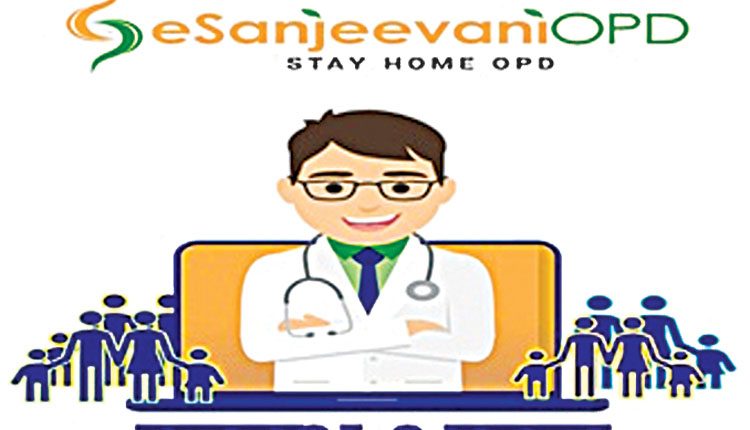 Lucknow, Dec 18(Agency) ‘E-Sanjivani’, the online OPD service during Corona times, has been picked up well by the people of Uttar Pradesh and has secured second spot in the country, official sources here on Friday. More than 2.80 lakh patients in UP have taken online medical consultation so far second only to Tamil Nadu.

As many as 4000 patients are taking services of tele-consultation on daily basis through these facilities which are being provided by over 500 MBBS doctors and 40 specialists. “It is quite an achievement on the part of the state government as the announcement for the same was made by the CM Yogi Adityanath in the month of May but it gained popularity among the people in such a short time,” official sources here on Friday. CM Yogi has envisaged that the people of the state should get medical consultation while remaining at their homes during the Corona period. It was up to the state government to properly publicise the scheme of the Government of India so that maximum people may get its benefit. It paid rich dividends as the scheme was well received in UP, more so because the state government has already put digital footprints in place for the citizens. The facility can be availed by downloading the e-sanjivani App in the smartphone or by login on ‘esanjivaniopd.in’ . In case somebody does not have a smartphone, then he or she can visit the nearest health and Wellness Centre to take consultation.