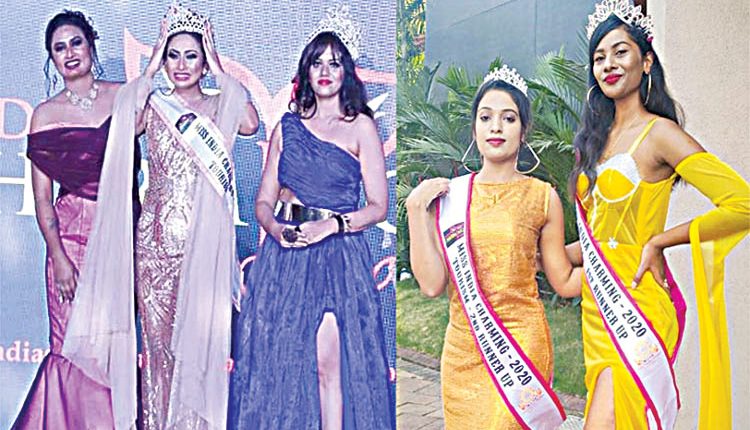 Bhubaneswar, Dec 6 (Agency) The Miss India Charming Face 2020 is finally over, and guess what! Odisha has very strongly declared its presence in the beauty pageant held in Goa last weekend. On November 28, not one or two, several young models from Odisha brought laurels for the State by winning different titles at the 4th ICF (India’s Charming Face) Miss India 2020. In the national pageant, there were two categories – Miss India Global universe, and Miss India Tourism.

24-year-old Priyanka Mohapatra from Jatni was crowned the winner of the Miss India Charming Face Tourism. Odisha’s Babita Sabar, Sasmita Panda and Aparna Dash were adjudged the first, second and third runner-ups, respectively in the Miss India Tourism category. What their achievement has proved is beauty isn’t just about a pretty face, but an outstanding personality brimming with confidence. Babita Sabar also has a Miss Intellectual subtitle in her name while Sasmita Panda holds the subtitle of Miss Graceful. Sasmita is from Jagatsinghpur and wants to be a successful actress, and has done many music videos too. For her, this pageant was a new experience and now she thinks she is determined and ready for the next phases in life. Babita Sabar is a small town girl from the southern Odisha. Interestingly, she happens to be the first girl from the Soura tribal community to have stepped into the fashion industry with so much glory. She aspires to be a super model one day. In the Miss India Global Universe category, Kirtana Raj was crowned the winner and Shruti the first runner-up. Odisha’s Pragati Sahu and Anwesha Bhanjadeo were declared the second and third runner-ups. “There’s absolutely no doubt that Odisha is famous for its culture, custom, tradition which blends well with the beauty. Their win has proved that,” said the regional director of Miss India Charming Face, Rajesh Ranjan Mohanty. The finale of the national pageant saw participation of models from many States, after they qualified the state-level round. Six contestants from Odisha were selected to represent the State.