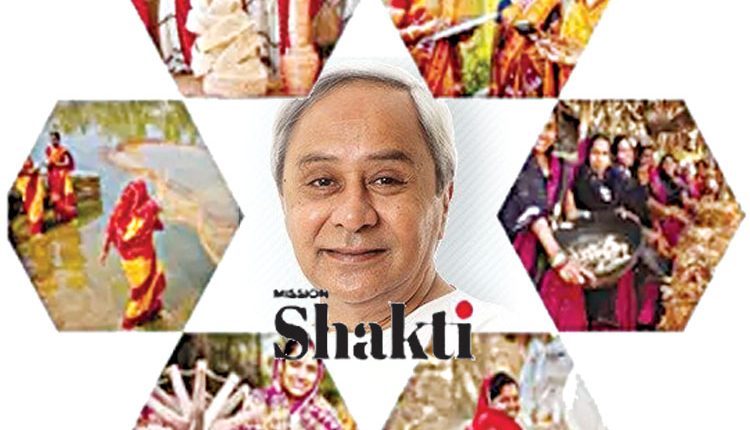 Bhubaneswar, Mar 7 (FN Representative) Odisha Cabinet chaired by Chief Minister Naveen Patnaik today approved a proposal to create a new department called Mission Shakti in a bid to strengthen the SHG movement across the state. Briefing newspersons after the Cabinet meeting Chief Secretary S C Mohapatra said the new department will ensure linkage at all levels and to establish interactive platforms for the community and the government for strengthening of SHG movement across the state . It would also bring all departments and agencies under one platform and provide greater focus, synergy and avoid duplication in activities.

This would avoid conflict of command , ensure better service delivery and effective monitoring , optimum utilisation of Human Resource and will improve for linear administrative mechanism for SHGs and their federation network. Mission Shakti, the umbrella organisation for SHG movement since 2001 will contribute towards overall administration and programmatic coordination of women SHG Centric development programme bringing all the existing administrative control and manpower into one fold. The department will work for SHGs and their federations in both rural and urban areas. The cabinet also approved ten mega rural piped water supply schemes to provide safe drinking water to rural people in 25 blocks spread over seven districts of Jajpur, Kalahandi, Jharsuguda, Sambalpur, Dhenkanal, Khurda and Kendrapara. The funds for the implementation of the rural piped water supply schemes would be provided from the Jal Jeevan Mission (JJM).

The government has targeted to complete the work of all the rural piped water scheme in 24 months. While the M/S l&T, Chennai has been entrusted with the execution of work in Kendrapara and Khurda districts, the implementation of the scheme in other districts has been awarded to M/S Megha Engineering Infrastructure Ltd Hyderabad . The Cabinet has also sanctioned the lease of 25 acres of land for the construction of a satellite centre of AIIMS in Remuna Tehsil of Balasore district. The cabinet resolved 16 major decisions pertaining to the departments of Energy, Agriculture and farmer and welfare, Social security and empowerment of persons with disability, Excise, General administration and public grievance, Panchayati Raj and drinking water, Revenue and disaster management, and, Steel and mines. The major decisions included creation of a new department named Mission Shakti and construction of ten mega rural pipe water supply schemes in Aul, Rajkanika, Chilika, Tangi, Banpur, Khordha, Jatani, Gondia, Bhubana, Golaminda, Jajpur and Binjharpur blocks. The constitution of rural pipe water scheme for 26 GPs of Sambalpur district and 2 GPs of Jharsuguda district has also been sanctioned in the cabinet.