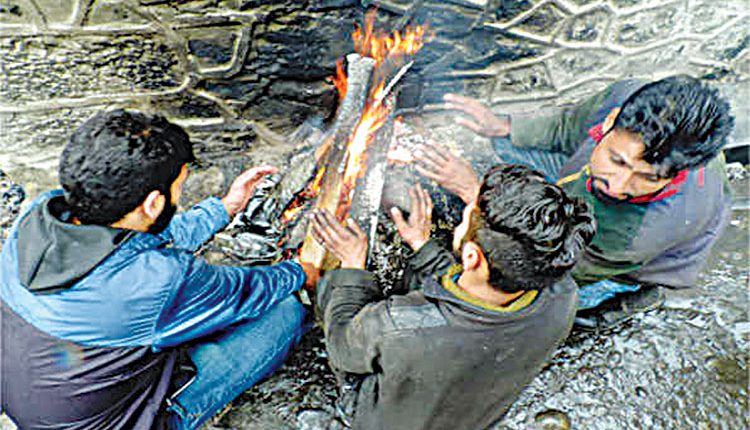 Srinagar, Dec 13 (Agency) After witnessing fresh snowfall on Saturday, the chilly weather conditions have intensified with mercury plunging several degrees below sub-zero at various places in Kashmir valley, where world famous ski resort of Gulmarg was the coldest place at minus 7.6 degree. Meanwhile, the night temperature in the Union Territory of Ladakh also witnessed a considerable dip due to partial cloudy skies.