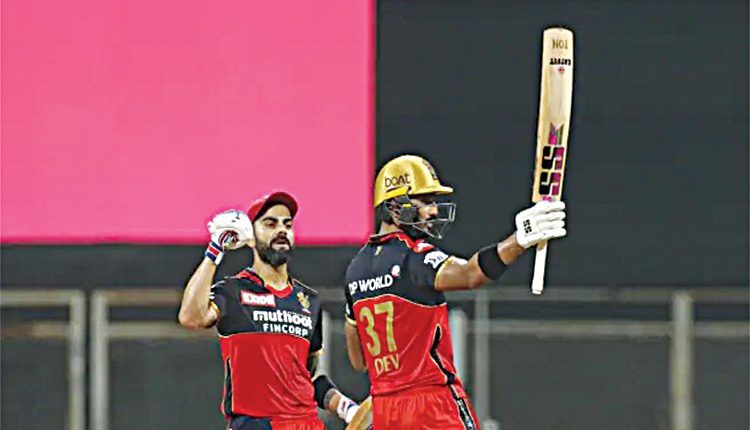 Mumbai, Apr 22 (Agency) A phenomenal century from Devdutt Padikkal ensured the Royal Challengers Bangalore’s fourth successive victory in IPL 2021 as they pulverised the Rajasthan Royals with 10 wickets and 21 balls to spare.

Sanju Samson’s team did well to post 177 after he and the rest of his top order came undone against some accurate seam bowling. But it just wasn’t enough. The Royals have the worst performing opening partnership in IPL 2021 (ave 14.25). And they came under serious pressure tonight. Mohammed Siraj clean bowled Jos Buttler, and impressive as that was, his skill and more importantly the experience he has gained travelling with the Indian team, and even being their lead bowler at times, was on better display when he introduced himself to David Miller with a scorching yorker. The batter never saw it coming and, with some help from the DRS, he was walking back lbw.

The Royal Challengers’ seamers did well to attack the stumps in the powerplay, keeping their length full, but not drivable because from there, the hints of movement and extra bounce they generated made it severely hard to score runs.