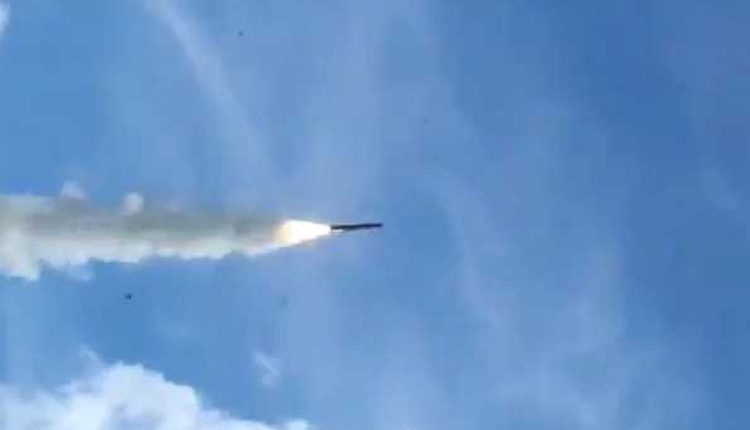 ‘On November 24, at around 1003 hrs IST, the Indian Army successfully test fired a BrahMos Land Attack Cruise Missile using a Mobile Autonomous Launcher (MAL) from Car Nicobar Islands against a designated target located at a range of around 200 km in Bay of Bengal,’ an official statement said here. ‘During this successful test launch, the missile demonstrated the weapon’s unmatched lethal ability and formidable precision strike capability,’ it added. It said, ‘The land attack version of BrahMos with capability of cruising at 2.8 Mach speed, is the cutting edge of the Indian Army since 2007. ‘The present Block III version of the missile has successfully executed four operational launches in the past. With the upgraded capability, the missile can hit targets at a range of up to 400 km with precision. ‘The launch marks the achievement of a critical milestone in enhancing India’s capability of engaging enemy’s vitally important targets in depth areas. The launch was witnessed by various dignitaries, who lauded the commendable effort demonstrated during the successful execution of the launch,’ added the statement.