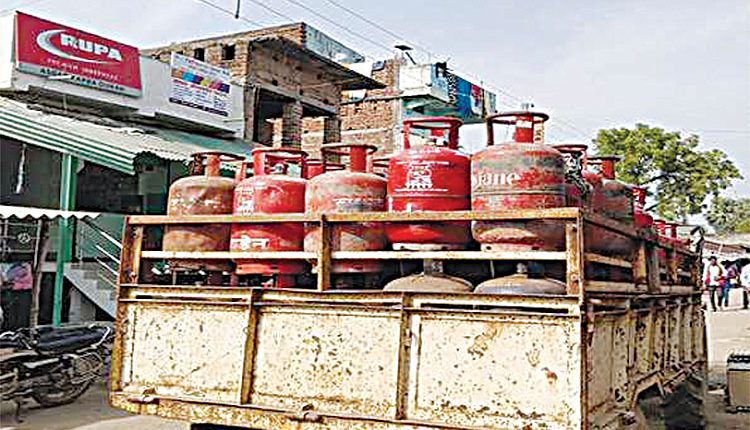 Kolkata, Mar 11 (FN Representative) Riding on the vigorous thrust of the Government on making affordable and clean energy to all Indians, LPG has transformed as the preferred kitchen partner of almost every Indian. Taking the vision of the Prime Minister forward to make energy accessible, available and affordable for even the poorest of the poor, the oil & gas industry, under the aegis of MoP&NG, has provided 8 crore LPG connections to PMUY beneficiaries pan-India. LPG consumption has improved amongst PMUY customers. A surge of 23.2% in LPG consumption was noted in the initial quarter of this fiscal, which was attributed to the three free LPG refills given to the PMUY beneficiaries.

It is notable that the improvement in LPG consumption has continued for the three-month period December 2020-Feb 2021and hasregistered a growth of 7.3% for all domestic LPG customers (PMUY+non-PMUY). LPG consumption amongst PMUY customers registered a growth of 19.5%, from 8,45,310 MT in the comparable period in the last fiscal to 10,10,054 MT in the current fiscal for the said three-month period. Compared year-on-year, the overall domestic LPG sales have registered a handsome growth of 10.3% during the current fiscal (till Feb’21).

To alleviate the problems faced by the marginalized during the lockdown, PMUY beneficiaries were provided with three free LPG refills. A total of Rs.9670 crore was transferred to the bank accounts of the beneficiaries directly. It is noteworthy to mention that LPG penetration in India has improved from 55% in 2014 to more than 99% as on 10th March 2021. This is a sign of positive behavioural change towards better health and cleaner environment. This widespread acceptance of LPG as the preferred kitchen fuel of almost every Indian showcases the surging popularity of LPG as the primary kitchen fuel as compared to other traditional fuels such as firewood.

It may also be noted that while the upfront per kg cost of firewood is cheaper, LPG is a more economical fuel in the long run when costs such as total volume of fuel consumed and handling costs are factored in. Even at the current rates, LPG is cheaper than firewood/ other traditional fuels in many states, largely on account of its overall heating efficiency. Beyond the obvious health benefits and cost savings, the use of LPG by PMUY beneficiaries has led to reduction in time poverty. The time saved from the drudgery of collecting firewood is being used by the beneficiaries to find gainful employment and contribute to a growing economy. The financial savings on account of LPG as fuel, in addition to other benefits such as betterhealth and time saved, make it an enduring choice of every Indian.