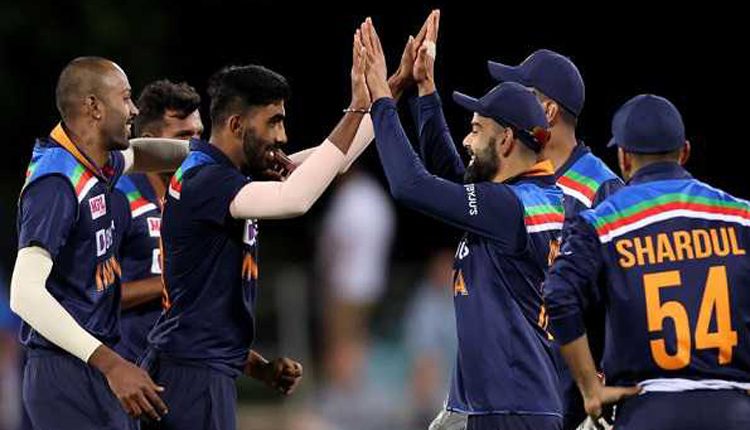 Canberra, Dec 2 (Agency) India produced a clinical performance to beat Australia by 13 runs in the third and final ODI against Australia and avoid a 3-0 sweep in the series, here at the Manuka Oval on Wednesday. With wins in first two One Day Internationals in Sydney, Australia took the series 2-1 with but India opened their account with a 13-run win in the 3rd ODI, which will give them good momentum ahead of the upcoming T20I series.

Fighting half-centuries from Virat Kohli (63), allrounder Hardik Pandya (92) and Ravindra Jadeja (66) lifted India to 302/5 in 50 overs. At one stage, India were reduced to 152/5 but a remarkable, unbeaten 150-run partnership between Hardik Pandya and Ravindra Jadeja for the sixth wicket gave India a winning total. In reply, Indian bowling attack managed to restrict Australia to 289 all out in 49.3 overs. Aaron Finch (75 off 82) and Glenn Maxwell (59 off 38 ) were top-scorers for the hosts. Shardul Thakur (3/51), debutant Thangarasu Natarajan (2/70), Bumrah’s (2/43) were the wicket takers for India.