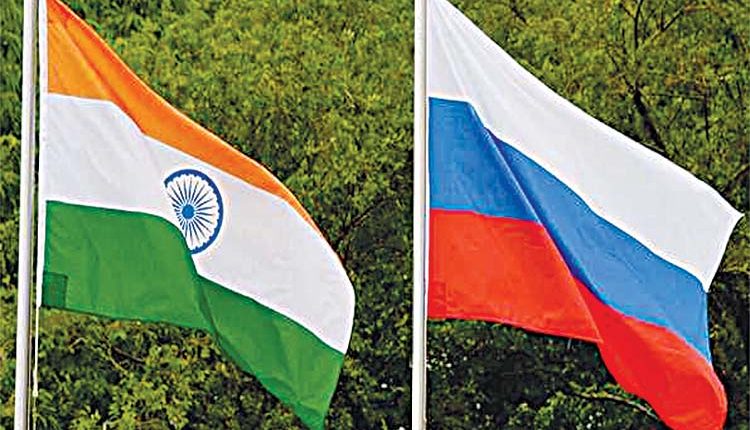 New Delhi, Dec 9 (Mayank Nigam) Indian Ambassador to Russia, D Bala Venkatesh Varma on Wednesday suggested that the prospects for the Indian-Russian economic growth, trade and investment are very bright in the post-COVID era and urged Indian businesses to build supply chains and form joint ventures with the latter. Mr Varma was addressing a virtual conference on the ‘Economic Engagement & Business Opportunities in Russia Post COVID-19’ from Moscow.

The online event was organised by MIICCIA (Millennial India International Chamber of Commerce Industry & Agriculture) and BRICS Chamber of Commerce. “The bilateral trade between India and Russia between April 2019 and March 2020 increased by 2.65 per cent, which accounts for 11 billion USD. The trade relations stumbled a little in the second and third quarter of FY2019-20 due to the pandemic-induced-lockdown all around the world but I am sure that now that we have adapted to the new normal, the trade will pick up in the last quarter and the beginning of FY2020-2021 and turn back to its original form, said Mr Varma. He said that the electrical machinery equipment export from India to Russia has increased by 90 per cent and pharmaceuticals products increased to about 20 per cent from last year. He further suggested that there are great opportunities in the filed of processed timber products, ceramics, textiles, high-value branded tea gas, oil, energy and high tech sectors like artificial intelligence, cyber security, cryptography,” he added. Referring to the Eurasian Economic Union (EAEU), Mr Varma said, “Once the agreement is finalised the Indian businesses will not only be able to access the Russian market but also the Central Asian countries, making it into one single pool.”

He also thanked the Russian officials and its embassy in India for their cooperation in repatriating stranded Indians back to their homeland under ‘Vande Bharat’ Mission and expressed hope that they would soon be able to return to Russia after the pandemic situation is under control. India sees Russia as a close ally and is seeking to boost up its trade relations. Both, Prime Minister Narendra Modi and Russian President Vladimir Putin, in the 20th India—Russia Annual Summit held in Vladivostok in September 2019, decided to step up industrial cooperation and create new technologies and investment partnership, especially in advanced high-tech areas, with an aim to increase bilateral trade to $30 billion by 2025. PM Modi had also announced a $1 billion line of credit for the less developed but resource rich Russian Far East. Both the sides had also expressed their interest in expanding the participation of Russian business in ‘Make in India’ programme and that of Indian companies in investment projects in Russia.