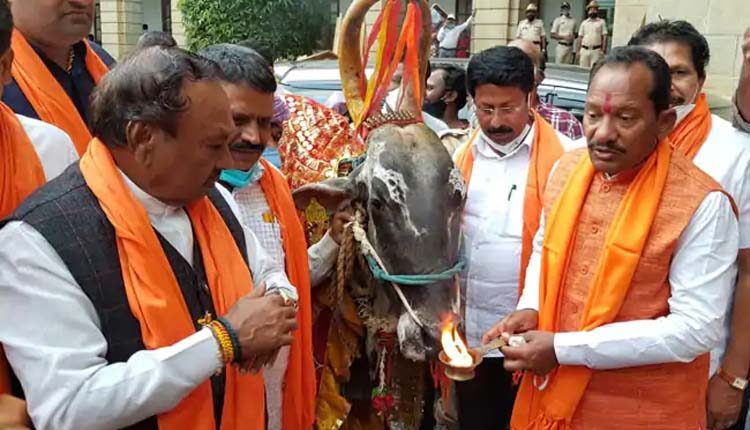 Bengaluru, Dec 9 (Bureau) The controversial Karnataka Prevention of Slaughter and Preservation of Cattle Bill, 2020, was passed in the Legislative Assembly on Wednesday amid protests by the Opposition Congress and the JDS parties. The Bill proposes to prohibit slaughter of cows and other cattle. The Bill will now go to the Legislative Council, the upper house, for approval, where the ruling BJP does not enjoy majority. The Opposition objected to the tabling of the bill saying it was not discussed in the Business Advisory Committee meeting held Tuesday. Under the Bill, ‘cattle’ is defined as cow, calf of a cow and bull, bullock and male/female buffalo below the age of thirteen years.

Slaughter of cattle will be a cognisable offence and will attract three to seven years of imprisonment and a fine that shall not be less than Rs 50,000, extendable up to Rs 5 lakh. A second and subsequent offence will attract a “fine not less than Rs 1 lakh but which may extend to Rs 10 lakh along with imprisonment which may extend to seven years,” the Bill said.