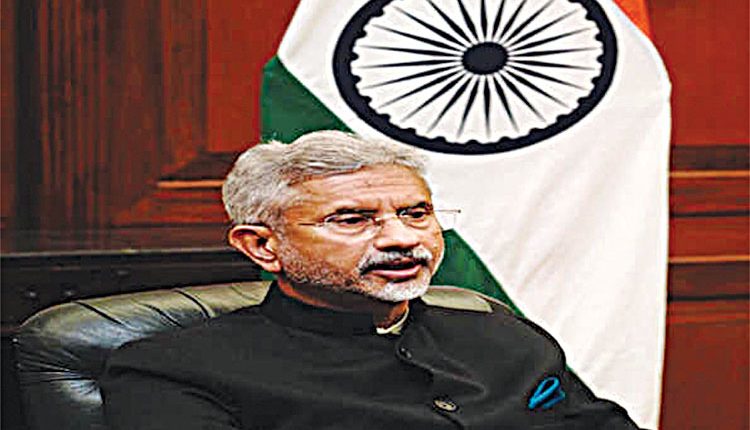 New Delhi, Jan 13 (FN Bureau) India has proposed an eight-point Action Plan to counter global terrorism and called upon world community to ‘’walk the talk’’ and commit to the goal of ‘’zero tolerance’’ with ‘no ifs and buts’ against the scourge. External Affairs Minister Dr S Jaishankar in his address at the 20th anniversary of the UN Security Council (UNSC) Resolution 1373, said eight points ‘’that could in a way be an Action Plan,’’ would be important for the UN system to credibly address the menace of terrorism and ensure effective action.

The eight points of the Action Summoning the political will to ‘’unhesitatingly’’ combat terrorism. ‘’There must be no ifs and buts in this fight. Nor should we allow terrorism to be justified or terrorists glorified,’’ he said while calling upon all member States to fulfill their obligations enshrined in international counter terrorism instruments and conventions. Decrying ‘’double standards’’ in the fight against terrorism, he said terrorists are terrorists and there is no good or bad distinction. ‘’Those who propagate this only have an agenda. And those who cover up for them are just as culpable.’’ Reform of the working methods of the Committees dealing with Sanctions and Counter Terrorism. ‘’Transparency, accountability and effectiveness are the need of the day,’’ he said and added that the practice of placing blocks and holds on listing requests without any rhyme or reason must end. This only erodes our collective credibility.

Firmly discouraging exclusivist thinking that divides the world and harms social fabric. ‘’Such approaches facilitate radicalization and recruitment by breeding fear, mistrust and hatred among different communities,’’ he said and urged the Council to be on guard against new terminologies and false priorities that can dilute focus. Enlisting and delisting individuals and entities under the UN sanctions regimes objectively not for political or religious considerations. Proposals in this regard merit due examination before circulation, he said. Fully recognizing and addressing the link between terrorism and transnational organized crime ‘’We, in India, have seen the crime syndicate responsible for the 1993 Mumbai bomb blasts not just given State protection but enjoying 5-star hospitality.’’ Combating terrorist financing. ‘’Combating terrorist financing will only be as effective as the weakest jurisdiction,’’ he said and added that the Financial Action Task Force (FATF) should continue to identify and remedy weaknesses in anti-money laundering and counter-terror can make a big difference. Immediate attention to adequate funding to UN Counter Terrorism bodies from UN regular budget. ‘’The forthcoming 7th review of the UN’s Global Counter Terrorism Strategy offers an important occasion to strengthen measures to prevent and combat terrorism and build capacities of member states.’’