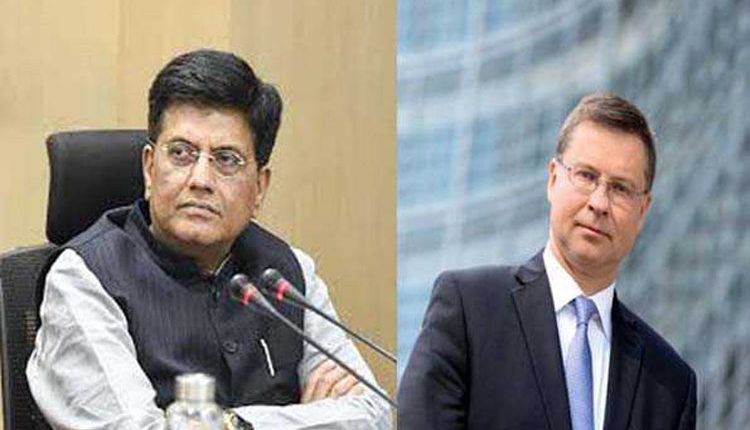 “In a significant step forward, regular interactions for re-initiation of bilateral trade and investment agreements, with an interim agreement, to start with, were discussed,” the Commerce ministry said on Saturday. Negotiations for a broad-based BTIA started in 2007 and were suspended in 2013. The talks collapsed over certain EU demands such as greater market access for automobiles, wines and spirits, and further opening up of India’s financial services sector such as banking, insurance and e-commerce. At last year’s India-EU Leaders Summit, the two sides agreed to explore the possibility of reviewing BTIA talks and decided to hold the HLD. During the HLD, the Ministers emphasised on the importance of global cooperation and solidarity in the post COVID-19 era and agreed for further deepening of bilateral trade and investment relationship through a series of regular engagements, aiming at quick deliverables for the businesses in these tough times.

They also agreed to meet within the next three months, with an objective for reaching consensus on a host of bilateral trade and investment cooperation issues, such as a bilateral Regulatory Dialogue, and an India-EU Multilateral Dialogue, to explore further possibilities of co-operation. The Ministers concluded the talks to work towards a renewed India-EU commercial and economic partnership, reflecting full potential of bilateral commercial relations, said the ministry.