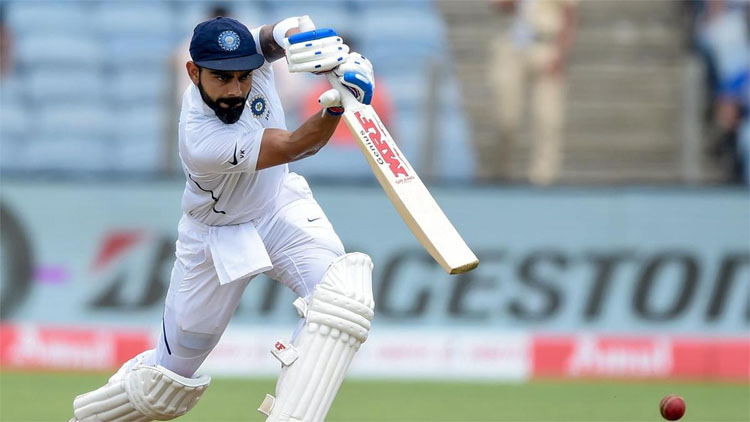 Chennai, Feb 7 (FN Agency) Jofra Archer struck twice with the new ball to rattle India early in their response to England’s huge first innings total. At lunch on day three, India found themselves trailing by 519 runs, having lost two crucial wickets. India had a slightly frustrating start to the day when Dom Bess and Jack Leach continued to bat time. They also took the odd risk at times to fetch a few boundaries to prolong the inevitable. Virat Kohli finally decided to take the new ball which they could have taken right at the start and the move paid off. Jasprit Bumrah ended the stand by trapping Bess leg-before-wicket and even though Rishabh Pant missed a stumping chance, India wrapped things up quickly with R Ashwin castling James Anderson.

With 578 runs on the board keeping India out on the field for 190.1 overs, England came out all guns blazing with the ball. Rohit Sharma and Shubman Gill did look positive but Archer made a crucial breakthrough to hurt the hosts. Rohit could have easily made merry on this flat surface but Archer, playing his first Test in the subcontinent, got one to move slightly away from the batsman pitching on a good length that took Rohit’s outside edge. India then suffered a massive blow a few overs later when Gill departed for a 28-ball 29. The young opener played some gorgeous strokes in his short stay punishing anything that was angled in at a fullish length. Unfortunately for the batsman, the approach proved to be costly at one stage as he drove one towards mid on where a diving Anderson gleefully caught one to put India in trouble. England employed an interesting tactic by removing Anderson out of the attack after handing him just four overs with the new ball with Ben Stokes bowling around the wicket to potentially create a rough for the spinners to exploit later on. A lot now rests on Cheteshwar Pujara and Virat Kohli to keep India alive.