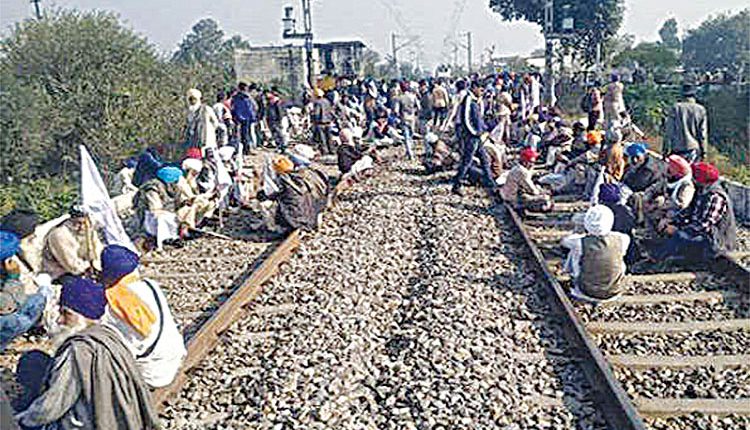 Chandigarh/Jalandhar, Feb 18 (FN Agency) Thousands of farmers across Punjab flocked to the railway tracks on Thursday and started sit-in-dharna in protest against the three newly enacted agri-laws termed by the farmers as black laws. The police have made elaborate security arrangements to maintain law and order during the rail roko program. Police contingents were not only deployed at the railway platforms but outside the railway stations too to keep a strict vigil on the mischievous elements besides ensuring the safety of the passengers travelling in the trains.

At most of the railway stations, the passengers came out of their compartments to view the outside railway station scenario. Several passengers were seen walking on the railway platforms with their kids. Four hour long rail roko agitation clarion call for which was given by the Sanyukt Kisan Morcha organizing the anti agri -laws agitation on the Delhi borders to get them repealed passed off peacefully. There was no report of any kind of violence in the state during the program of the farmers.