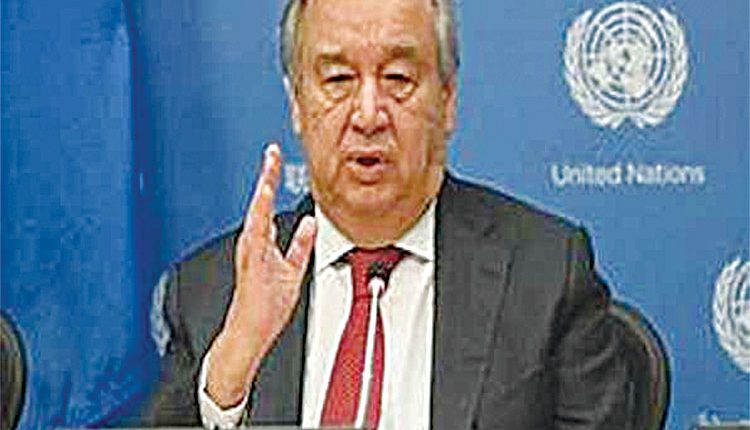 United Nations, Feb 4 (Agency) UN chief Antonio Guterres said that he will donate the prize of $500,000 he received upon acceptance of the Zayed Award for Human Fraternity to the United Nations Refugee Agency.

Earlier on Wednesday, Guterres was awarded the 2021 Zayed Award for Human Fraternity which recognizes the work in driving human progress and includes a prize of $1 million. Along with the UN chief, the award was given to Moroccan-French activist Latifa Ibn Ziaten. “I have decided to donate the prize money – $500,000 – to the Office of the United Nations High Commissioner for Refugees to buttress its indispensable efforts to protect the most vulnerable members of the human family – the forcibly displaced,” Guterres said in a statement. Guterres explained he decided to donate the prize money to the UN Refugee Agency because he is seeking to promote common humanity amid a series of ongoing global crises. “As the world faces the Covid-19 pandemic, an economic crisis, a climate emergency and threats to peace, unity and solidarity are more important than ever,” Guterres said.