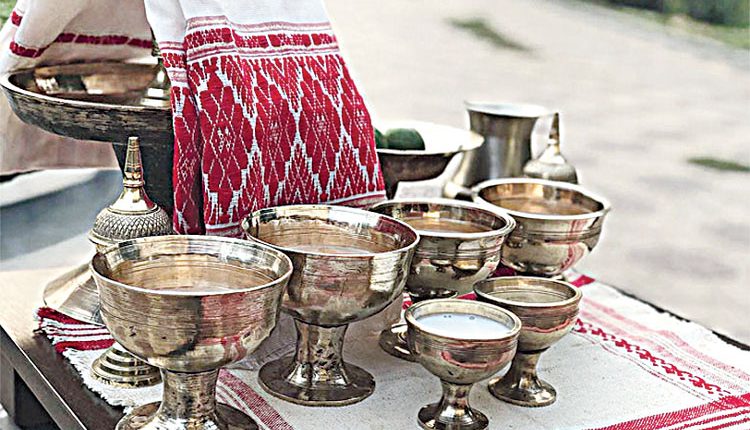 Guwahati, Feb 26 (FN Bureau) As Chinese and Japanese tea ceremonies remain widely known worldwide, the traditional way of serving tea to guests in Assam is also being popularized through the ‘Assamese Tea Ceremony’ which has become an annual event in the state. Into its fourth edition, the Ceremony was held with a three-day programme at the Guwahati Tea Auction Centre (GTAC) Tea Lounge here from February 22 with the organisers giving the attendees a feel of how tea is served to guests in the traditional Assamese way.

Rakhi Dutta Saikia, director, Pabhojan Tea Estate and Arin Tea Pvt Ltd, said, “The traditional methods of serving tea in Assamese society are similar to that of the Japanese. The Chinese worked on this model and now, both Japanese and Chinese tea ceremonies are popular worldwide. But we have not been able to keep our rich tradition alive, leaving it to be lost in oblivion.” “This is a sincere attempt to take this Assamese tradition to the world stage, and we have been getting very good response,” Saikia, who has been leading this endeavour, added. Besides the positive feedback from attendees, the response from the state government has also been encouraging, she said. Saikia said the state government has shown interest in organizing the event in other parts of the country, and the next edition could be held in the national capital, New Delhi.

“I am also personally in talks with some people in Lucknow, who are interested in hosting it there,” she added. Dinesh Bihani, chairman, GTAC Tea Lounge, said, “The GTAC Tea Lounge is the perfect venue for the Ceremony this time. The GTAC is an icon associated with Assam Tea. The event has been mutually beneficial to us as well as the organisers.” Various specialty and blended exotic teas of Pabhojan Tea Estate, which is an exclusive organic tea estate situated in Golaghat district of the state, were exhibited in the event.

New US Envoy to UN Says Aims to Cooperate With Allies to Address Conflicts, Human Rights