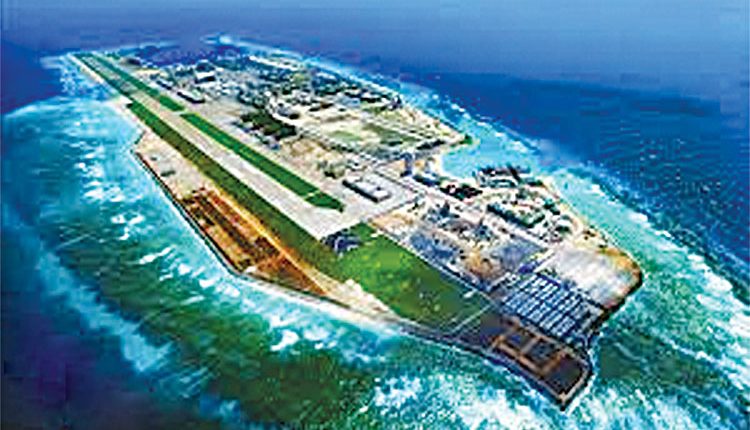 He was addressing a recently organised webinar titled ‘An Indo-Pacific Axis: Future of QUAD and Maritime Cooperation in the East’, it was organised by Ananta Aspen Centre. Green claimed that these islands would enable the PLA to turn the SCS into a submarine bastion for high end operations against navy’s of Japan, US, India and Australia. Green emphasized that Quad navy’s and other powers should routinely sail through the SCS so as to ensure that it remains part of the Global commons. “China does not own the South China Sea, and it does not yet dominate it, it is still contested and we should contest it back by increasingly sailing through it” he said. Prof Tomohiko Taniguchi, Special Adviser to former Japanese Prime Minister Shinzo Abe’s cabinet also spoke at the webinar.

Prof Taniguchi felt that the South China Sea could be a major point of confrontation between China and other powers in the future. “Within the next 10 years there would be more flashpoints in the East China Sea and South China Sea and the question of Taiwan would be at the core of it. We need to make the political cost for Beijing higher when it comes to provoking Taiwan militarily.” Prof Taniguchi felt that if Chinese aggression needs to be contained then economic reliance on China has to be curtailed. “Australia, Japan and United States-for all of them China is the biggest trading partner. So you need to strike a balance between your reliance on Chinese market power and pursuit of freedoms like freedom of navigation. In any case the Chinese growth rate is not going to be as high as it has been.”

Prof Taniguchi also stressed on regular patrolling of the sea lanes by US and other powers so as to to ensure freedom of navigation in these parts. “These sea lanes need to be patrolled on a regular basis so as to enforce a rules based order, presence of French attack submarine in the South China Sea is a welcome development so is Canada’s involvement, albeit in a very small size. Japan and United States already patrol these sea lanes without making much noise, the Chinese actually read that and it is so much obvious. The small constabulary the UK is planning to operate in the SCS is welcome and so is the constant presence of Indian Navy. Combined together a unified signal would be send to Beijing that this is not their waters.