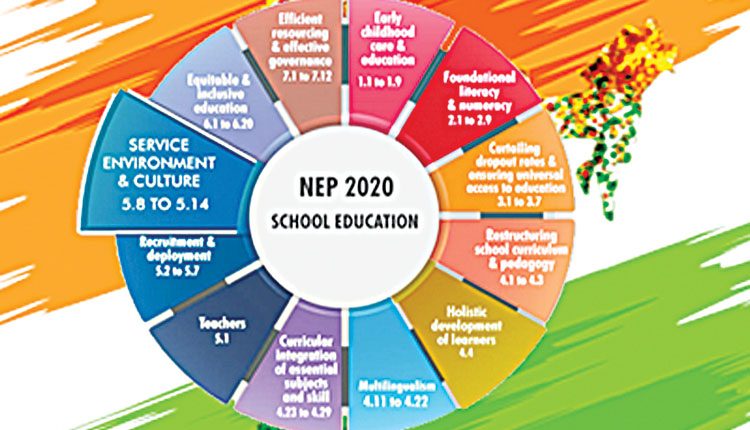 Hamirpur (HP), July 18 (FN Bureau) National Education Policy is the Indianisation of education in true sense. It aims to bridge the gap between arts, science, commerce and vocational education. Stating this here Monday during a seminar on New Education policy-2020, Vice Chancellor of Sardar Ballabh Bhai Patel University Mandi, Dr. Devdutt Sharma said traditional knowledge was more important than common sense. He said 220 languages and dialects disappeared in the country after independence . With the end of language, culture also ends. He said the old education policies were focused on what to study but the new education policy focused on the core idea of how to read. Addressing the seminar, Dr Sunil Gupta, Chairman, HP Higher Education Council said the most important topic was to implement the National Education Policy on the ground.

He said teachers are an important factor in implementing the National Education Policy. He said Hindi is the soul of this country and there are Hindi speaking people all over the country. He said that the old education policies were degree based whereas the new education policies are knowledge based. Chairman, HP School Education Board, Dr. Suresh Soni said in the new education policy, Sabka Saath, Sabka Vishwas has been found, now everyone’s efforts are necessary to implement it at the ground level. He said the DNA of India is Sanatani. The need of the hour is to strengthen skill development based education in the country. Devdutt said under the new education policy, the board has implemented the net system system, due to which the result of deposit two has reached 94 percent and the result of class 10th has reached 88 percent. Naveen Sharma, the chairman of the Him Aanchal and Education society and organizer of the function also addressed the audience on this occasion. He said the Academic Credit Bank will prove to be very helpful for the students in the new education policy; donation camps were organized throughout the society and during the Corona period, more than 500 families were provided with masks, sanitizers, and ration.

A Fascinating Selection of Rainy Shoes for Monsoon