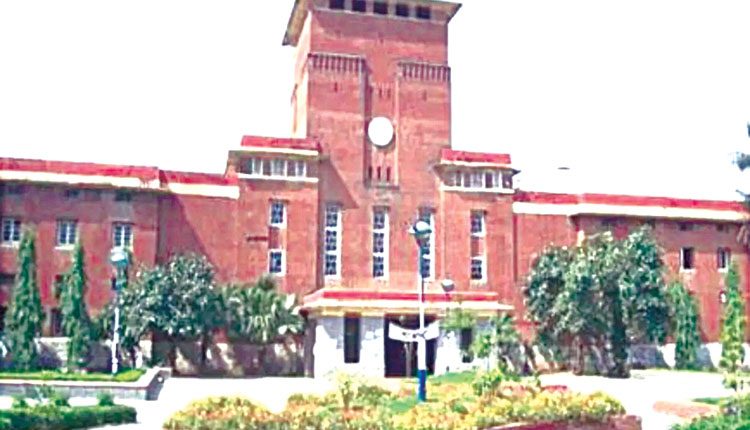 While giving details about the GATI pilot project being run by DST, Dr. Sanjeet Singh, Dean Research, Chandigarh University, said, “The project is aimed to improve the enrolment of female students in higher education institutions in the field of science, technology, engineering, mathematics, and medicine (STEMM) and also to promote women participation in scientific laboratories, research and patents”. Dr. Sanjeet further added that the GATI program is a part of KIRAN division (Knowledge Involvement in Research Advancement through Nurturing) under which charter institutions/universities are selected after a rigorous selection criteria which includes female: male ratio in students enrolment, female : male ratio in faculty appointed, contribution of female students & faculty in research and entrepreneurship. Chandigarh University is also a partner Institution of DST under INSPIRE (Innovation in Science Pursuit for Inspired Research) program which is used to attract talent from schools towards science, and university conducts INSPIRE camps at its campus every year where meritorious students from Punjab undergo practical hands-on training on projects so that their interest can be developed in the field of science and they choose their career in STEMM subjects.

Dr. S.S Sehgal, Registrar, Chandigarh University said, “Chandigarh University is already taking number of initiative to improve the gender equality in all the programs offered. Currently the female enrolment in STEMM subjects is 46.9 % while the number of female faculty in STEMM subjects is already 51.4 %”. The University had filed a total of 900 patents out of which 30 % patents have been filed by female faculty and students while out of the total 108 start-ups incubated at CU-TBI (Technology Business Incubator) has 47 % start-ups established by female students, he added.

“It is a matter of great pride that Chandigarh University has been selected for the GATI pilot project and we as a part of Higher Education Institution fraternity of India are playing our role in improving the gender parity that exists specially in the field of science and technology. Under the GATI project we are committed to adopt gender parity principles in our policies, practices, action plan and institutional culture so that a significant improvement can be achieved in this regard, said Satnam Singh Sandhu, Chancellor, Chandigarh University.

About Chandigarh University:
Chandigarh University is a NAAC A+ Grade University and an autonomous educational institution approved by UGC and is located near Chandigarh in the state of Punjab. It is the youngest university in India and the only private university in Punjab to be honoured with A+ Grade by NAAC (National Assessment and Accreditation Council). CU offers more than 109 UG and PG programs in the field of engineering, management, pharmacy, law, architecture, journalism, animation, hotel management, commerce and others. It has been awarded as The University with Best Placements by WCRC.

‘EFLU needs to be a catalyst in global knowledge on languages’