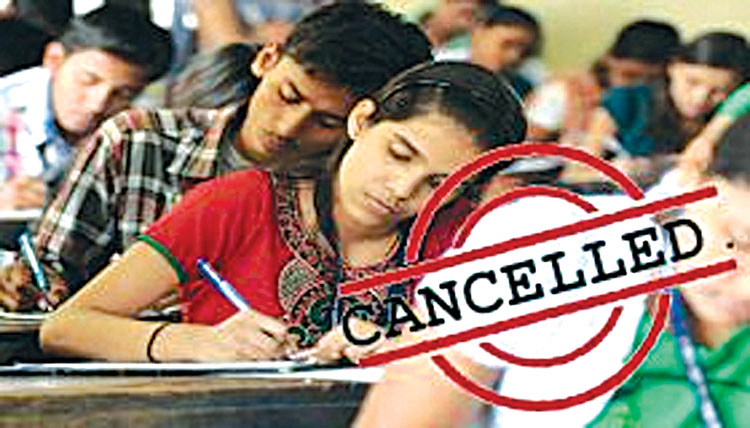 New Delhi, Jun 10 (FN Bureau) Delhi government on Thursday announced that annual examinations for classes 9 and 11 have been cancelled in the city and on the basis of the marks obtained in mid-term examinations, these students will be promoted to the next classes. It was also announced that the registration for the admission process of classes 6 to 9 in Delhi government schools will start from June 11. Addressing a press conference, Delhi Deputy Chief Minister Manish Sisodia conveyed these key decisions pertaining to promotion policy in grades IX and XI, as well as admission policy in grades VI and IX. It was hence declared that in the face of IX and XI examinations being cancelled in Delhi. Students will therefore be promoted based on the marks obtained in mid-term examinations. Additionally, the admission process in Delhi Government Schools for grade VI to IX will begin from June 11 onwards. Mr Sisodia, along with officials of Directorate of Education, took major decisions with respect to the promotion and admission policy in Delhi. Mr Sisodia, who is also the Education Minister of Delhi, stated that while students in grade VIII were promoted without any hassle due to the no-detention policy but roadblocks in the promotion of students in IX and XI needed to be curbed.

Annual Examinations in IX and XI which were supposed to be administered from April 12 onwards were cancelled by the Delhi Government, keeping in mind the safety and security of students. Mr Sisodia announced that Private Schools which have already conducted their annual assessments can follow guidelines postulated by the Directorate of Education with regards to promotion policy and declare their result. For schools that did not conduct any mid-term examination or students who were not able to take all mid-term papers will be assessed based on the average of the marks obtained in the best two performing subjects out of five main subjects. This policy will be implemented in all Government and Private Schools. The Annual Result of classes IX and XI in all Government Schools will be declared on June 22. No student will be called to school instead, students will receive their result online or via a phone call or WhatsApp. All such students who gave their mid-term in only one subject or were unable to give their mid-term exam in any subject and students who did not receive minimum qualifying marks will be eligible for re-assessment.

These students will be assessed through Assignments/Projects/School Based Tests etc for the promotion to the next higher class. No additional physical or online assessment will be conducted for these students. Further, Mr Sisodia provided information regarding admission policy of VI to IX grades, said that similar to the admission process conducted last year, admissions to Delhi Government schools will be held online. Parents or candidates can register their children or themselves online from June 11 onwards until June 30. Admissions will begin from July 5 onwards, based on the registration of students. Students who are unable to register on the given date will be eligible to register in the second admission cycle which will begin from July 23 until August 6. ‘Discussed the assessment & promotion policy for class 9th & 11th students with the @Dir_Education and team. Annual examinations for class 9th & 11th will be cancelled. Students will be promoted on the basis of mid-term examinations,’ Mr Sisodia said in a tweet. Earlier, the government had postponed classes 9 and 11 examinations in April this year owing to the second COVID wave.

Class X, XII syllabus to be rationalised, bifurcated into two terms, exams at end of…