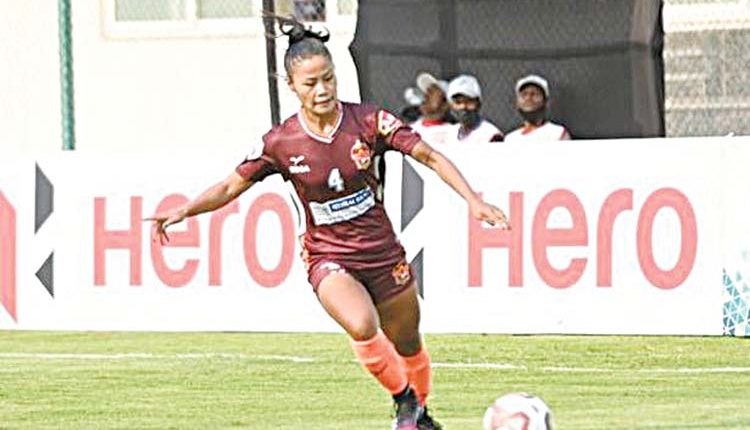 New Delhi, Sep 23 (FN Agency) India is focussed on the growth of women’s football and the FIFA U-17 Women’s World Cup India 2022 will expedite its progress as the nation prepares for its biggest football carnival. With the best players in the U-17 category from around the world making their way to India from October 11 and 30, the people of this nation will have a chance to witness a very high level of competitive football. Ahead of the special tournament, Indian Women’s Football Team Captain Ashalata Devi said, “India is going to be the hotspot for women’s football due to the FIFA U-17 Women’s World Cup India 2022.

Many people in India don’t know about women’s football but with this tournament being telecast on television, the people in many parts of our country will get to know how far women’s football can go. This FIFA U-17 Women’s World Cup India 2022 is a great opportunity for the future of Indian women’s football.” Devi also had a message for the citizens of India, “I would like to tell everyone that the FIFA U-17 Women’s World Cup India 2022 needs your support. The players will get even more motivated after receiving support from you. I would like to tell all parents to support women’s football as well. If your children want to play football, then support them in moving forward in the sport.”

The Indian Captain also spoke about how people’s perceptions of women’s football have changed over the years, “Yes, earlier it was difficult for people to accept girls playing football, but now everyone around my home supports me. I receive a great reception whenever I go to my hometown after any tournament. The people come to my home and ask me about how their kids can get into football. I feel the changes have taken place in the years since I started playing for India.” The Indian team is slated to play all their group matches at the Kalinga Stadium, Bhubaneswar. The host nation has been drawn in Group A along with Brazil, Morocco and USA. The other two venues for the FIFA U-17 Women’s World Cup India 2022 are Goa and Navi Mumbai.

Jhulan Goswami reveals ‘one regret’ as she confirms international retirement