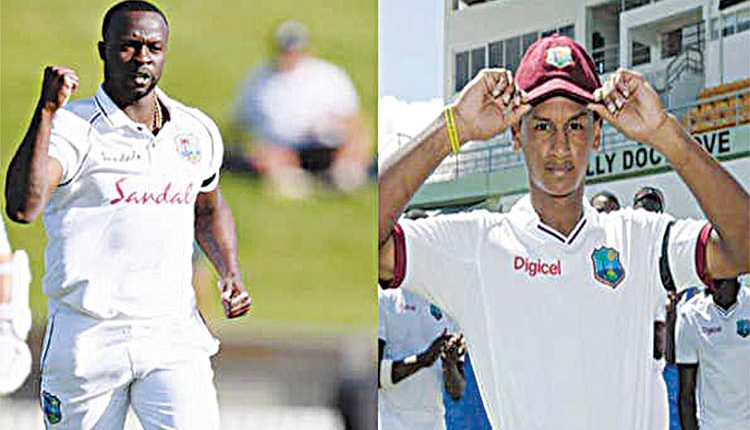 Wellington, Dec 8 (Agency) West Indies fast bowler Kemar Roach and wicket-keeper Shane Dowrich will not be available for the second Test against New Zealand starting on Friday at Basin Reserve, the Cricket West Indies announced on Tuesday. Roach and Dowrich returned to the Caribbean ahead of the second Test and 22-year-old wicket-keeper batsman, Joshua da Silva has been added to the squad. Notably, Roach lost his father last week while Dowrich is going back due to personal reasons.

Dowrich had suffered a hand injury during the first Test and did not bat in either innings in the first Test while pacer Roach had claimed 3/114 at Seddon Park and has been a key component of the Windies bowling attack in Tests. With Roach out, Chemar Holder, the uncapped pacer, could be in line for a debut. Keemo Paul, who also adds value with the bat, is another option. Da Silva is almost certain to make a debut with Dowrich absent and no other wicket-keeper in the squad. The top-order batsman had impressed in England earlier this year in an intra-squad warm-up game, making 133* and 56* in Manchester. He has only had 17 first-class appearances but has a hundred and five fifties already. Meanwhile, New Zealand’s Test wicket-keeper BJ Watling is set to return for the second Test after missing the first with a hamstring injury. ‘I’ve been through a few fitness tests and did a bit of training last week during the test match and it seems to have pulled up pretty good – so we’ll see how the next few days go,” Watling said ahead of the Test. Watling would still need to pass fitness tests on Wednesday to play the Test match. If Watling returns, Will Young could step aside with Tom Blundell moving back up the order. “Pretty much full bat, full wicket-keeping, sprinting – just the stuff that I’ll need to do in a game. It was pretty much a 95 per cent run yesterday and no dramas, so it felt pretty good,’ he said. West Indies trail the two-match series 0-1 after New Zealand comprehensively beat them by an innings and 134 runs in the first Test.