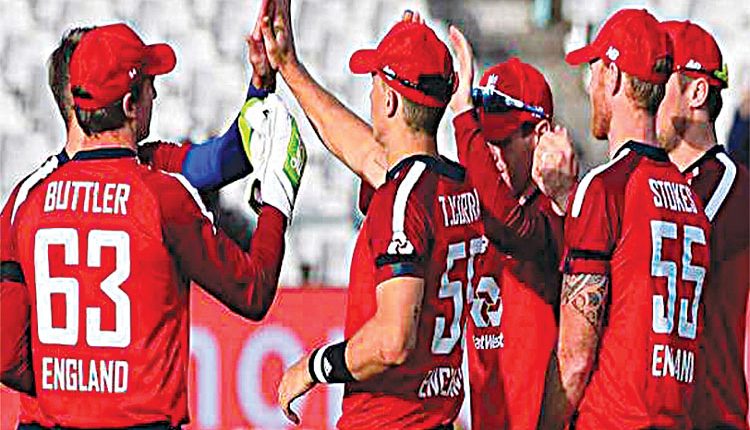 Cape Town, Nov 30 (Agency) A win in the third T20I against South Africa on Tuesday would catapult England to the No.1 spot alongside Australia in the MRF Tyres ICC Men’s T20I Team Rankings. England, who are currently ranked No.2, are just one rating point behind Australia. With victory in the second T20I at Paarl, the visitors bagged the series win against South Africa with a game to spare. The latest success means that the Eoin Morgan-led outfit have further extended their undefeated run in T20I series, which began in October 2018.

One of the chief factors for their streak – which includes victories over West Indies, New Zealand and Australia – has been their ability to close out games from various challenging positions. In the second T20I, they were faced with somewhat tricky situations in a relatively modest chase, but where it was Jonny Bairstow’s explosive ability that won them the first game, Dawid Malan called upon his more measured approach to help ride the tide in the next. South Africa will take heart from the fact that they have challenged England in both games so far, but will be aware that to take down the visitors in the final game they will need to serve up a more complete team performance. With the series closed out, England may consider testing their bench strength in the final game. The likes of Moeen Ali, Mark Wood and Sam Billings could get a look in. South Africa captain Quinton de Kock said, “The group are learning. Every game is different, every stadium has a different feel. We need to start learning fast.” England batsman Dawid Malan said, “If we can get a bit of momentum going, and keep on winning series and these types of tight games, that will put this squad in good stead for the ICC Men’s T20 World Cup.”