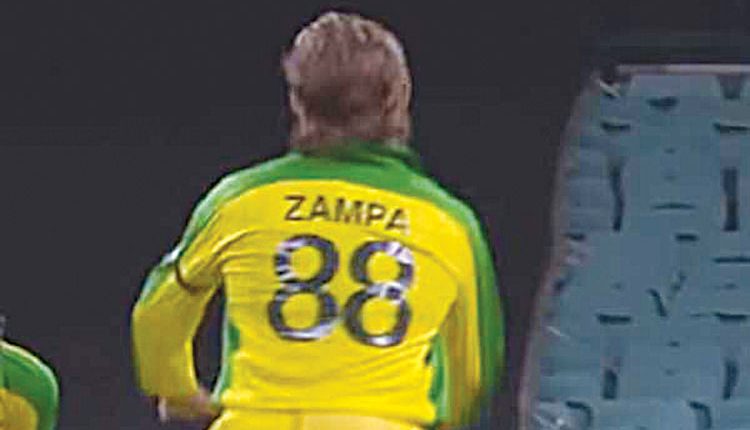 Perth, Oct 25 (Agency) Marcus Stoinis played an outstanding knock of an unbeaten 59 from 18 balls to help Australia chase down 158 in their Super12 encounter of the ICC Men’s T20 World Cup against Sri Lanka here on Tuesday. Disciplined bowling by the Aussies kept Sri Lanka quiet for the major part of their innings but Asalanka and Karunaratne added 37 runs from the last 15 deliveries to help Sri Lanka to a respectable total of 157/6. Asalanka remained unbeaten on 38 from 25 deliveries while Karunaratne scored an useful 14 from seven deliveries after walking in to bat at number eight. Pathum Nissanka (40) and Dhananjaya de Silve also got off to good starts but they couldn’t accelerate, ending their innings at underwhelming strike-rates of 88.89 and 113.04 respectively.

The bowlers stepped up after Asalanka and Karunaratne gave Sri Lanka a defendable total. They kept the Australian batters absolutely leashed as the hosts struggled to score quick runs. The spinners bowled brilliantly in the initial overs and Maheesh Theekshana also gave Sri Lanka their first breakthrough as he dismissed David Warner for just 11 runs. Australia didn’t lose a heap of wickets after that but skipper Aaron Finch and Mitchell Marsh found it very difficult to read the Lankan bowlers. It looked like the game was heading towards a close finish but Glenn Maxwell and Marcus Stoinis took the Sri Lankan spinners apart. It was Maxwell, who started the carnage with a 12-ball 23, and Stoinis followed it with massive fireworks as he made his way to an unbeaten 59 from just 18 deliveries, an innings consisting of four fours and six huge sixes. Their assault helped Australia in chasing down the target with seven wickets and 21 deliveries to spare, giving them a huge boost in their net runrate.