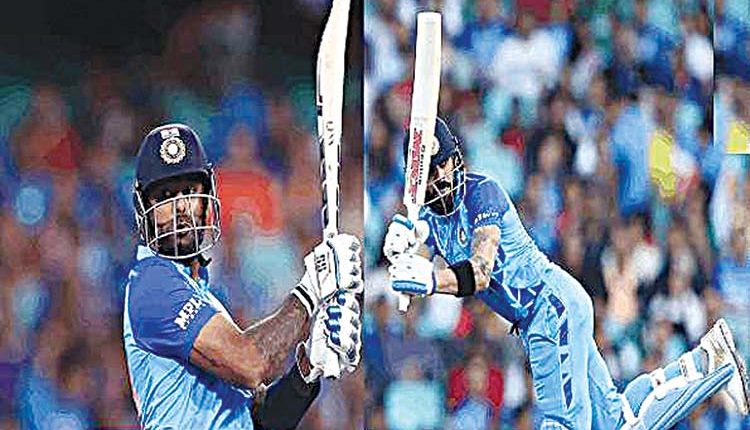 Sydney, Oct 27 (Agency) With an all-round show, India notched up a 56-run win over the Netherlands in the T20 World Cup Super 12 match here at Sydney Cricket Ground on Thursday. After a 56-run win, India pushed their net run rate up to +1.425 and are placed on top of the group 2 standing followed by South Africa on second place.India posted a target of 180 for Netherlands, courtesy half-centuries from Rohit Sharma, Virat Kohli and Suryakumar Yadav. In reply, the Netherlands managed to score 123/9 in full over quota. For India Bhuvneshwar Kumar, Axar Patel, Arshdeep Singh and Ravichandran Ashwin bagged two wickets apiece while Mohammad Shami picked one.

Batting first, India lost opener KL Rahul relatively early. Netherlands bowled with great discipline in the powerplay, restricting India to a score of 32/1. But skipper Rohit then opened up his arms, brought up a half-century. He soon departed after bringing up his milestone, getting out for a 39-ball 53. Then, Kohli and Suryakumar upped the aggression, with the former, bringing up consecutive half-centuries in the tournament after his memorable knock against Pakistan. He was well-supported by Suryakumar, who also played some brilliant shots, bringing up his half-century off the final ball. Kohli scored a unbeaten 62 off 44, while Yadav finished up with a 25-ball unbeateb 51, as India ended their innings at a score of 179/2 in their 20 overs.

Chasing 180, Netherlands had a slow start as Bhuvneshwar Kumar proceeded to bowl two maidens including a wicket of opener Vikramjit Singh (1) to kick start things for India. India introduced spin early and found success with it as Axar Patel sent back Max O’Dowd (16) off the second ball of the fifth over. Bas de Leede and Colin Ackermann revived the innings a tad, albeit at slow pace, before Axar struck again to dismiss the former for 16. Ashwin then further piled on Netherlands’ woes by dismissing Ackermann (17) and Tom Cooper (9) in the same over. Netherlands never really recovered from that point, ambling along to 123/9 as India sealed a win by 56 runs in their second Super 12 group stage match.