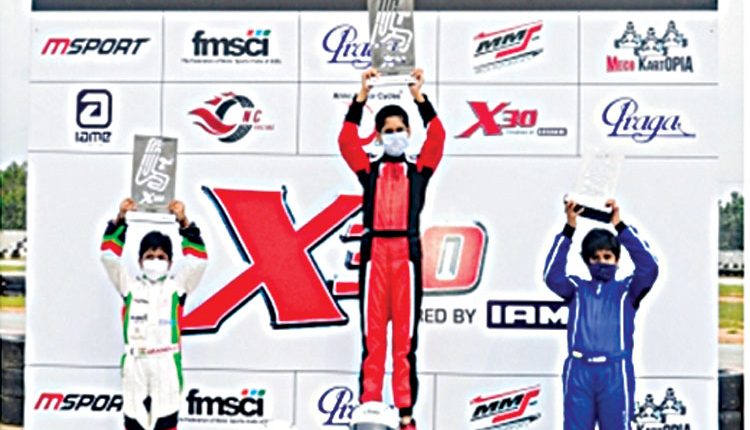 Bengaluru, Nov 23 (Agency) Coimbatore’s Suriya Varatan and Bangalore duo Ruhaan Alva and Ishaan Madesh emerged champions in the Meco-FMSCI National Karting Championship (X30 Classes) in the Seniors category. This is the first national championship to be successfully completed in the country, with all safety protocols followed, since the COVID-19 pandemic in March. Suriya, who began the fifth and final round with 138 points, had to be satisfied with the third position in the senior category over Saturday-Sunday. But that was good enough to give him a totally tally of 161 points and the coveted championship. Chennai’s Nirmal Umashankar put up a game fight but had to settle for the second position (142) after managing 31 points and a second place in the last round. Bangalore’s Rishon Rajeev was the winner of this round with three wins and one second place.

In the Junior class, Ruhaan Alva put up another stellar show among the juniors to clinch the title with the utmost ease. Ruhaan and city mate Rohaan Madesh won two races apiece and finished second in two races apiece this weekend to garner 37 points each. But Ruhaan Alva had sealed the title in the previous round itself and went home with an overall score of 184. Rohaan finished with 143. In the Cadet class, Rohaan’s brother Ishaan Madesh, delighted all by annexing the Cadet championship. Ishaan won all the four races in the final round to pip Pune’s Sai Shiva Makesh who had given him a good fight all through the event. Bangalore’s Anshul Sai took third place in the Championship.