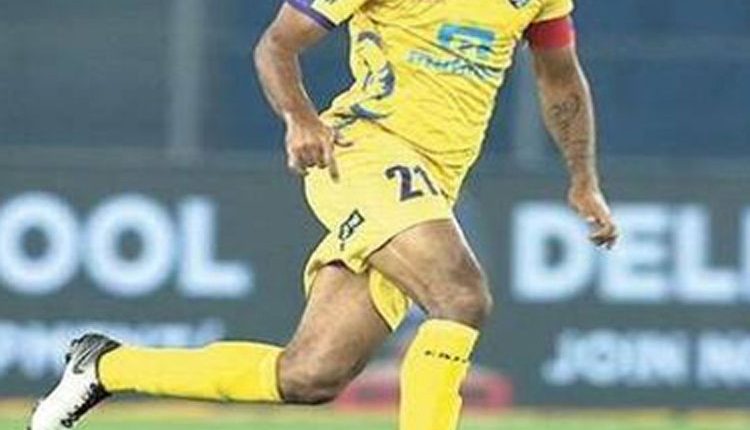 Goa, Nov 23 (Agency) It’s a surprising admission from someone who’s one of the biggest names in Indian football right now. “I’ve never had the chance to watch a Kolkata derby live at the stadium,” Sandesh Jhingan said. On Friday, Jhingan though will have the opportunity to do more than just be in the stadium for one. He’ll be right in the middle of the spotlight when ATK Mohun Bagan meet SC East Bengal in the Hero Indian Super League’s first-ever Kolkata derby.

After spending six seasons with Kerala Blasters, Jhingan made a big call earlier this summer when he decided to part ways with the Kochi-based outfit. His destination was the newly-merged ATKMB with whom he signed a five-year deal. Coach Antonio Lopez Habas was quick to recognise what he had with the burly 27-year-old defender — Jhingan was promptly named one of the five captains in the ATKMB setup. He’ll get to experience a derby in just his second appearance for the Mariners, but Jhingan is treating it like just another game. “It’s one of the biggest derbies in the world,” Jhingan said. “As footballers, you want to be a part of such big games on big stages, so I’m looking forward to it. I don’t look deep into the magnitude of the game, whether it’s the Kolkata derby or any other match, it’s all the same. All are important, so I don’t let emotions get to me. The coaches and the staff are looking at it as a game of football.” It’s not that Jhingan doesn’t understand the massive meaning it holds for fans of both clubs. He’s just concentrating on ensuring his team goes back from the game with all three points. “The derby has a rich history and its roots run deep in Indian football,” he said. “Now, hopefully, I get a chance to be part of it. The Kolkata derby is good for Indian football and the fans, but we live in the present and I have to do my job, just like the rest of the team – to get the three points and the clean sheet.

The centre-back is no stranger to big games — he has played in two ISL finals apart from numerous important matches for the national team. Handling pressure has never been a problem for him and he doesn’t expect the Kolkata derby to be any different. “Being part of a champion team puts extra pressure but I like to enjoy the responsibility as it shows you have something in you, that’s why people have expectations from you, as you can deliver,” says Jhingan. ATKMB started their campaign on a winning note on Friday with a narrow 1-0 win against Kerala Blasters. Stakes will be high as East Bengal, led by Liverpool FC legend Robbie Fowler, open their campaign against the Mariners. The Red and Golds have undergone an overhaul this season, acquiring experienced Indian players alongside reputed foreign recruits, and are looking to waste no time in establishing themselves as a powerhouse in the league.

Defending champions ATKMB though have a strong, deep squad, and are touted to be favourites for the contest. Jhingan believes Fowler’s side will be difficult to predict, as they are yet to play a game. “We are a set team, so it gives them an idea of our strengths and weaknesses,” said Jhingan. “They have a new team and are unpredictable. We don’t know what they are going to provide us. There are responsibilities on us but we believe in our system and our coach, I’m sure he will have a perfect plan for this game.”