It’s a great feeling to play against ‘high-quality’ players in ISL: Akash 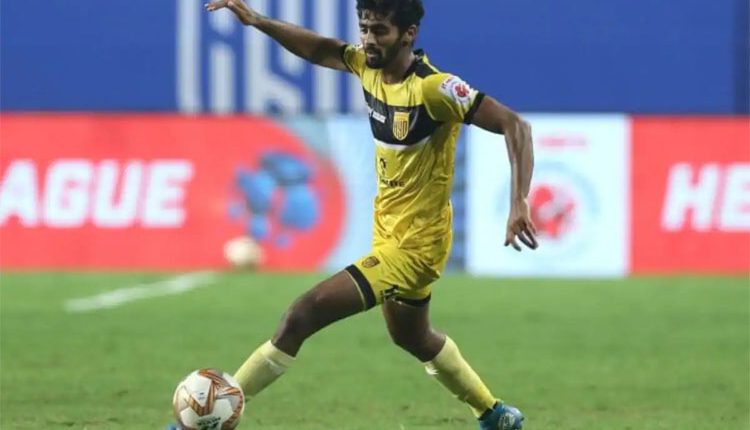 New Delhi, Dec 6 (Bureau) A number of players have caught the eye after the initial rounds of the ongoing Hero Indian Super League campaign — one of them being Hyderabad FC’s 19-year-old full-back Akash Mishra. The youngster, who has played every minute of the club’s three games so far, is making his Hero ISL debut this season and former Indian Arrows man talked about playing in the “high-quality” competition and his mindset on the field. “It’s very nice to be in the Hero ISL. It’s a big league with big teams featuring so many high-quality Indian and international players. We would watch them on TV and think of playing like them, and now, we’re getting the opportunity of playing with and against them. It’s a great feeling,” the youngster told AIFF TV.

“My philosophy is to keep things simple and execute the plan given by the coach. I feel that the important thing is that you don’t think too much about the opponents you will face and instead, focus on your own game and improving.” Hyderabad FC have so far enjoyed an unbeaten start to their Hero ISL campaign with Akash playing on the left side of the defence — his consistency being a standout feature. The same aspect was on display last season in the Hero I-League as well, where the full-back played in every game for the All India Football Federation’s (AIFF) developmental side Indian Arrows and even wore the captain’s armband. Making the transition from an all-Indian developmental team to one with a number of senior India internationals and foreigners can be a daunting and challenging prospect but according to Akash, the support from his new teammates has made the process much easier — both on and off the pitch.