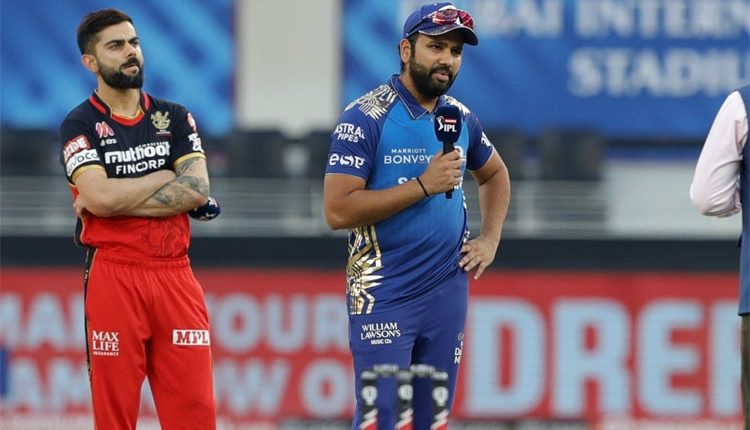 Mumbai, Nov 24 (Agency) Former India opener Gautam Gambhir has threw his weight behind Rohit Sharma to lead Team India in the shortest format of the game, saying that current skipper Virat Kohli is not a bad captain but his deputy Rohit is better at the role. Rohit recently led Mumbai Indians to their fifth IPL title during the recently-concluded IPL 2020 edition, in the UAE.

Former cricketer-turned-politician Gambhir said if players can get a chance to represent India on the basis of their IPL performances then why not captains. “Virat is not a bad captain, but the discussion here is, who is a better captain and that is Rohit Sharma! And not just better, the difference between them is huge,” Gambhir said on Star Sports show Cricket Connected. “When we pick players for Indian team basis their IPL performance, then why can’t we pick IPL captains as Team India’s captain? So, then IPL shouldn’t be a parameter while judging the batting/bowling performances. So why do you pick players from IPL?” he added. Gambhir also gave examples of few players who got selected or had earlier been included in the Indian cricket team after performing well in the IPL. “T Natarajan’s selection is wrong, Washington Sundar’s selection is wrong, Yuzvendra Chahal’s selection is wrong, Kuldeep Yadav’s selection is wrong, because all of these players were selected basis their IPL performance,” said the former opener. Rohit is the most successful IPL captain with as many as five trophies for MI. In addition, he has six IPL titles overall, including one as a player for now-defunct Deccan Chargers in 2009. On the other hand, Kohli doesn’t have an IPL title under his belt, both as a player and captain. Under Kohli’s captaincy since 2013, RCB have made the playoffs three times in eight seasons but the franchise has failed to clinch the IPL trophy.

“I think I’ve found my hands,” says Smith ahead of India series