Everyone in the team is a star, says Dangmei Grace 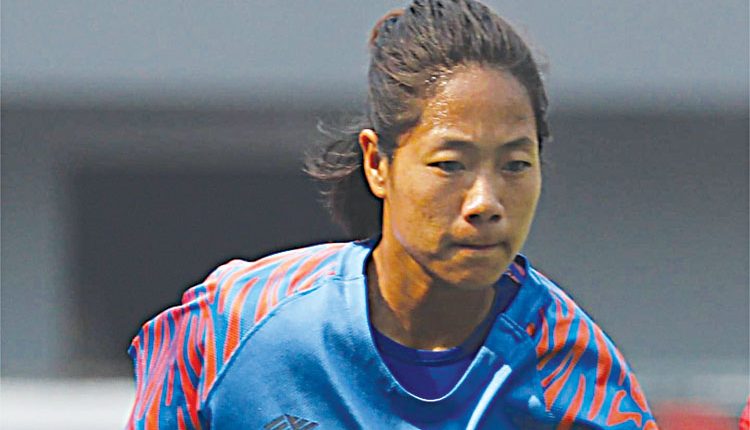 New Delhi, Dec 28 (Agency) Dangmei Grace, prolific India Women’s Senior National football Team forward feels everyone in the team is a “star” in their own capacity and playing with these stars has made her really “proud.” “After joining the National team as a professional player and especially after playing with the stars of the national team, I’m very proud and it has helped me grow as a player immensely. Aditi (Chauhan), Ashalata (Devi), Sangita (Basfore) and every one of this team is a star,” Grace mentioned during the AIFF TV interaction on Sunday. “For me, it’s a relief to join the team once again after the pandemic situation,” she further added.

The forthcoming FIFA U-17 Women’s World Cup and AFC Women’s Asian Cup would be game-changers in terms of populating women’s football in India and the tournaments will inspire the younger generation to take up football more seriously. “We have hosted U-17 boy’s World Cup in India and we saw the amount of support across the nation. As a women’s team player in India, I would request everyone to give more focus on Indian Women’s football team as it would bring a lot of changes in the Indian Football history.” “We are hosting two monumental tournaments in 2022. I think these (tournaments) will be an inspiration to the younger generation. I aspire to play my part in AFC Women’s Asian Cup and face the top-ranking teams like Japan, Australia and others. I would be the luckiest person to represent my country at that stage and my family would be prouder ever,” the nippy striker stated.