Dakar Rally kicks-off on Jan 3 next year in Jeddah 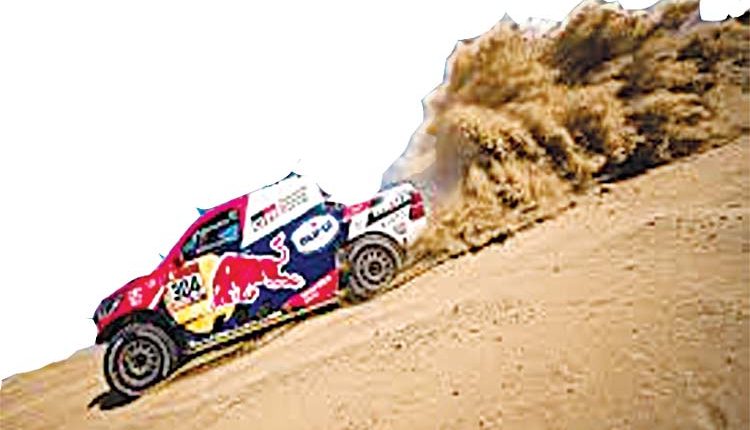 New Delhi, Dec 8 (UNI) Hero MotoSports will take on the Dakar 2021 starting on January 3 with the 2020 FIM Cross-Country BAJAs World Cup winner – Sebastian Buhler, 2019 Pan Africa Rally winner – Joaquim Rodrigues and ace Indian rider – CS Santosh. The 43rd edition of the Rally will venture across the entirety of Saudi Arabia. Convening and culminating in the city of Jeddah, the Rally kicks-off on January 3, 2021 and travels through various cities before returning to the same city on January 15.

Close on the heels of an exciting win at the BAJA Portalegre, Hero MotoSports Team Rally, the motorsport team of the two-wheeler manufacturer Hero MotoCorp, on Tuesday unveiled its plans for the Dakar Rally 2021. This will be the second official appearance for Sebastian in Hero colors at the Dakar, while it will be the fifth appearance for both JRod and Santosh. The Rally will see competitors travelling through a total of 7646 km, of which about 4767 km will be competitive divided into 12 stages. The Rally also has nearly an all-new route with more slush, open desert, dunes and mountains to traverse than before. In view of the ongoing pandemic, it was a comparatively shorter #RoadToDakar for the Team in 2020. Yet, the Team made its presence felt with an impressive comeback in competitive racing with the BAJA Portalegre and the Andalucia Rally. Gaining valuable race-experience, all three riders of the Team utilized these races to acquire some saddle time and proficiency, ahead of the Dakar 2021. Joaquim Rodrigues, Rider, Hero MotoSports Team Rally: “While we didn’t have much time to prepare this year, our testing sessions on the new bike and the recent runs at BAJA Portalegre and Andalucia Rally 2020 helped me overcome my fears and find the momentum as I made the comeback. It’s going to be a tough emotional battle for me but I’m ready to face it and take on the Dakar for one more time.”

Sebastian Buhler, Rider, Hero MotoSports Team Rally: “My first year with Hero MotoSports has been an exciting one. Though there weren’t many opportunities to race in 2020, I am glad that we are entering the Dakar Rally after two impressive runs in the recent months. I am thrilled to be a part of the Hero MotoSports family and looking forward to the Dakar 2021 Rally.” CS Santosh, Rider, Hero MotoSports Team Rally said, “This has been an exceptional year with limited races and opportunities to train, yet we are satisfied with the preparations that we underwent ahead of Dakar Rally. The Dakar Rally is coming back with a new set of rules and routes, so it is going to be an interesting one this year and I am looking forward to it. ”