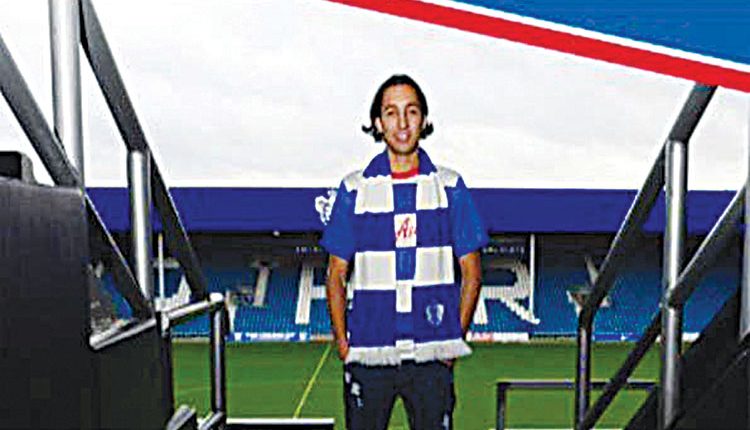 Chennai, Sep 30 (Agency) Chennaiyin FC have completed the signing of Dutch attacking midfielder Nasser El Khayati on a free transfer to bolster their squad ahead of the 2022-2023 ISL campaign. Born in Rotterdam, the 33-year-old is a versatile player who can also play on the wings as well as in central midfield. The Dutchman has played most of his football in Eredivisie, the Netherlands’ top-tier football league.Khayati began his career with the youth academy of Excelsior before joining the Feyenoord youth team in 2003. He later moved to RKSV Leonidas’ youth department before making his professional debut in the Eerste Divisie on October 3, 2008, for Den Bosch.Since then, the 6ft tall midfielder has represented Queens Park Rangers, ADO Den Haag, Burton Albion, and Kozakken Boys in a career spanning 14 years. “I am very excited and happy to join Chennaiyin FC and can’t wait to see the boys and get started.

I am hopeful that we will have a great season and I will do my best” said a determined Nasser on joining the two-time Indian Super League champions.Apart from plying his trade in Eredivisie, Khayati has also played in the Championship, League One, and League Two in England besides playing for Qatar SC in Qatar’s top-tier league. However, Chennaiyin will be Khayati’s first club in South Asia.The player has a knack for scoring goals and was the highest goal scorer in the Eredivisie in the 2018-19 season. In his career so far, the player has taken part in 213 matches scoring 63 goals and achieving 41 assists.The player of Moroccan descent will join a midfield that already consists of several experienced players such as Anirudh Thapa and Julius Duker and will certainly give coach Thomas Brdaric options to try out various combinations with the team.