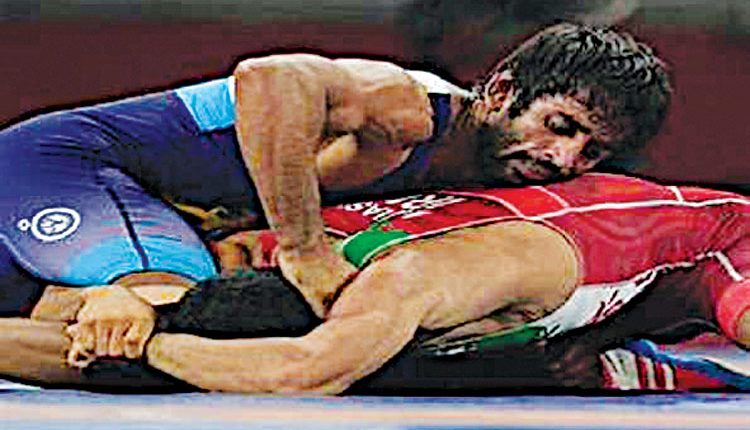 Tokyo, Aug 7 (FN Agency) Indian wrestler Bajrang Punia clinched the bronze medal after defeating Daulet Niyazbekov of Kazakhstan in the men’s freestyle 65kg category play-off match, here on Saturday. Punia, who suffered a crushing 5-12 defeat to Azerbaijan’s Haji Aliyev in the semifinals, redeemed his campaign and secured a commanding 8-0 victory in the bronze medal bout over Niyazbekov. His win took India’s medal tally to six at the ongoing Tokyo Olympics. With this, India also equaled their best Olympic medal haul of six achieved in the 2012 London Games.

Mirabai Chanu’s silver in weightlifting, Lovlina Borgohain’s bronze in boxing, PV Sindhu’s bronze in badminton, Indian men’s hockey team’s bronze, and Ravi Kumar Dahiya’s silver in wrestling are the other five medals for India at Tokyo 2020. Up against Niyazbekov, Bajrang Punia took a measured approach and scored the first point through a passivity penalty on the Kazakh wrestler. Niyazbekov tried hard to erase the deficit quickly but the Indian defended well to avert the danger. Towards the end of the first period, Punia even doubled his lead after pushing his opponent out of bounds. Bajrang looked the more dominant wrestler of the two in the second period and halfway through, scored a two-point takedown to make the score 4-0.

Thereafter, he didn’t stop and cruised to an 8-0 win with some fine aggressive wrestling. With the win, Punia emulated his mentor Yogeshwar Dutt, who won the bronze in men’s 60kg freestyle at London 2012. His bout also brought an end to India’s wrestling campaign at Tokyo, which saw India win silver in men’s 57kg through Ravi Kumar Dahiya. Earlier, Bajrang Punia beat Iran’s Morteza Ghiasi by fall in the quarter-finals and survived a close shave against Ernazar Akmataliev of Kyrgyzstan in the round of 16 to enter the semis. Daulet Niyazbekov lost to Aliyev in the quarter-finals, defeated Senegal’s Adama Diatta by technical superiority in the repechage round to earn his medal shot against Bajrang.