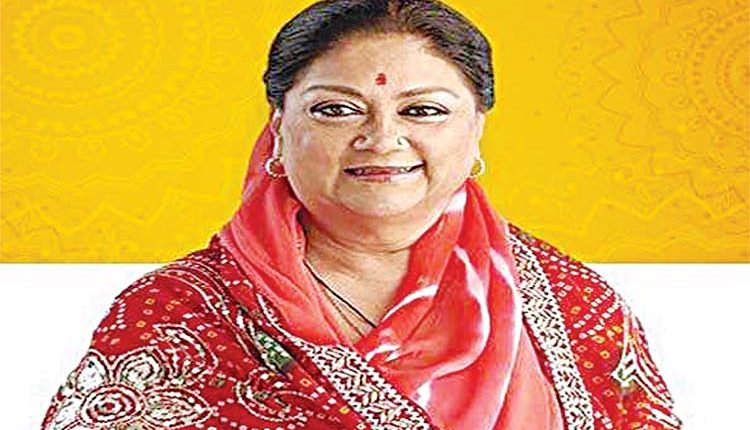 Jaipur, Dec 9 (Representative) Bharatiya Janata Party (BJP) national vice president Vasundhara Raje on Wednesday described BJP’s stunning performance in the Rajasthan Panchayat Samiti and Zila Parishad elections as a reflection of people’s faith in Prime Minister Narendra Modi, while BJP IT cell in-charge Amit Malviya termed the victory as an ‘endorsement’ of the new agri-reform laws. Taking to his Twitter handle, Mr Malviya said, “In the recently concluded local elections in rural Rajasthan, BJP triumphed over the ruling Congress. Panchayat Samiti –BJP 1836 Congress 1718 Zilla Parishad– BJP 323 Congress 246. This is nothing but an endorsement of the new farm laws. Will Congress read the writing on the wall?”

“This historic win comes at a time when the ruling Congress government in Rajasthan is enforcing Bharat Bandh against the Prime Minister Narendra Modi’s policies for farmers,” said state BJP president Satish Poonia. Independent candidates also garnered 422 seats in the local body and panchayat elections held in 21 districts of Rajasthan, where the counting is still underway in many seats. Hanuman Beniwal’s Rashtriya Loktantric Party (RLP) secured 56 seats, followed by CPI(M) 16 and Bahujan Samaj Party 3. “I thank the people of the rural areas of the state, farmers and women for putting their faith in the BJP in the Panchayati Raj and Zila Parishad elections in Rajasthan. This victory symbolises the trust of poor, farmers and workers in Prime Minister Narendra Modi.” BJP National president JP Nadda said in a tweet in Hindi.

Discover the Wellness RouteE-book: a New Way of Study, to Help Readers