Political parties yet to finalise candidates 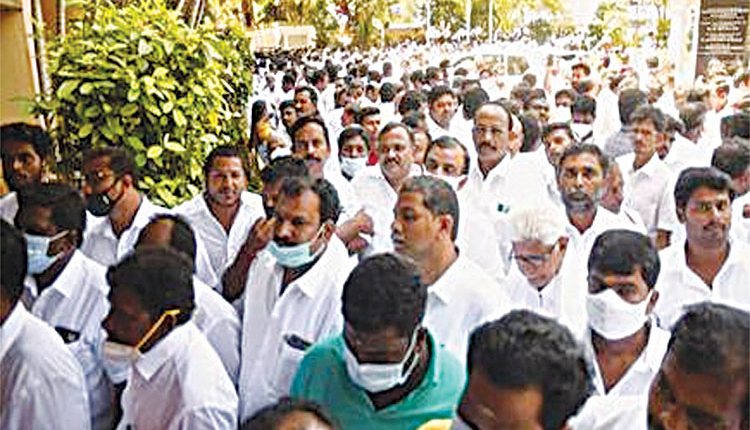 Puducherry, Mar 16 (FN Representative) With just three days remaining to file the nomination papers for the April 6 assembly elections in the union territory, political parties here are yet to finalize their candidates. Even before finalizing constituencies and candidates, the probable candidates started filing their nomination papers in the last two days.

The congress, DMK, CPI and Viduthalai Chiruthaigal Katchi (VCK) are fighting the elections together under the Secular Democratic Alliance ,while, the BJP,N R Congress and AIADMK are in the field as NDA.In Puducherry the N R Congress is leading the NDA. The SDA had finalized the seat sharing as 16 for congress ,13 for DMK and one each for CPI and VCK.The DMK,CPI and VCK had announced their candidates and constituencies,the congress is yet to announce its candidates .It is learnt that the Congress is seeking to change some constituencies with the DMK. Since, apprehension os there that those who failed to secure a seat may defect to other parties,the announcement of candidates is being delayed by the congress party.

In the NDA, the N R Congress is contesting 16 seats ,BJP 9 and AIADMK 5.However, the constituencies were not officially declared so far and also the candidates. In the NDA also parties are seeking changes of some constituencies and hence,confusion prevails which leads to the filing of nomination by candidates even before official announcement.Both the BJP and AIADMK candidates and file their papers yesterday for Nellithope constituency which was said to be allocated for BJP.Similarly,tow time sitting member T P R Selvam of the N R Congress lost his Mannadipet constituency as the seat was allotted to the BJP in the alliance. In this backdrop, Mr Selvam is likely to contest as an independent from Mannadipet constituency. Already, Mr Nehur former N R Congress legislator who was denied a seat filed his papers as and independent for Orleanpet constituency and Mr Dhanavelu, the disqualified congress legislator is also likely to contest as an independent from his Bahour constituency,shattering the chances of candidates of leading political parties