No economic offender will go scot free under NDA regime 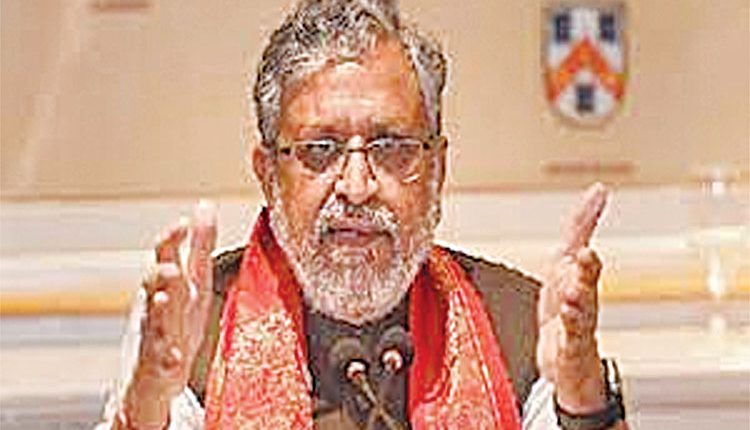 Patna, Jun 23 (Agency) Former Bihar Deputy Chief Minister and BJP member of Rajya Sabha Sushil Kumar Modi today said that no economic offender would be allowed to go scot free under NDA regime at the Centre. Mr Modi tweeted that strong conviction of NDA government at the Centre led by Prime Minister Narendra Modi in sternly dealing with economic offenders had sent a strong message which would work as deterrent against those having temptation to get indulged in such practices.

A total confiscation of assets worth Rs 9, 371 crores of economic offenders like Vijay Malaya, Mehul Choksi and Neerav Modi and its subsequent return to banks concerned against loans taken by them was the greatest achievement of NDA government in dealing with economic offenders, he added. “Vijay Malaya has lost the case in London High Court against extradition process initiated by Government of India in connection with his failures by him to repay loans of thousands of Crores rupees taken from various banks in India”, BJP leader said adding that Malaya had not been even allowed to appeal in Supreme Court against the judgement of London High Court.

“Assets worth crores of rupees had been confiscated of RJD chief Lalu Prasad, his wife Rabri Devi and son Tejaswi Prasad Yadav and no one can prevent them from landing in jails in connection with prevention of money laundering and other cases lodged against them”, Mr Modi said adding that all were on bail. No one had been discharged in cases lodged against them, he further said adding that all these RJD leaders should keep themselves away from active politics till they were exonerated in these cases.