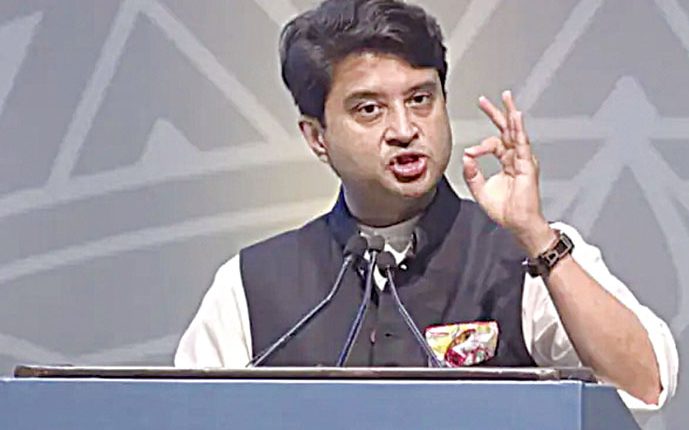 New Delhi, July 6 (Agency) Two Union Ministers – Mukhtar Abbas Naqvi and RCP Singh resigned from the Union Cabinet on Wednesday, ahead of their Rajya Sabha terms coming to end. Naqvi resigned as the Minority Affairs Minister, while Singh resigned as the Steel Minister. The Rajya Sabha terms of both leaders will come to an end on Thursday. President Ram Nath Kovind accepted the resignation of both Ministers. The additional charge of Minority Affairs Ministry was given to Union Minister Smriti Irani, while the additional charge of Steel Ministry was given to Jyotiraditya Scindia.

Sources said the Prime Minister, at a meeting of the Union Cabinet on Wednesday, lauded both the Ministers for their contribution to the country. The resignations came shortly after the Cabinet meeting. Speculations have meanwhile been rife that Naqvi may be nominated for the post of the Vice-President, though there has been no official word on it. Naqvi, a senior BJP leader, was also the deputy leader of the Rajya Sabha. Singh was a minister in the Modi Cabinet from JD (U) quota. Singh, once considered close to Bihar Chief Minister Nitish Kumar, was not nominated to the Upper House from the state, as his term came to an end. Speculations were rife that he may join BJP. The reports came after Singh arrived at Hyderabad ahead of BJP’s National Executive meet, and was also welcomed at the airport by state BJP leaders. He was in Hyderabad to attend the parliamentary committee meeting of his ministry.