Matuas are all citizens of this country, no proof is required, Mamata at Bangaon Gopalnagar meeting 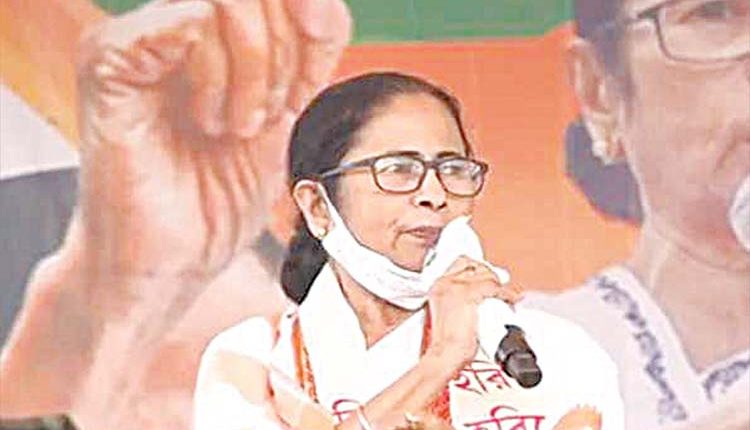 Bangaon, Dec 09 (FN Bureau) Matuas are all citizens of this country. No one needs any credentials. Chief Minister Mamata Banerjee made this remark in a public meeting in Bangaon Gopalnagar. She said, ‘Matuas are all citizens of this country. You do not need any credentials,ethnic certificate as long as one is born at home.’ The Bangaon Lok Sabha constituency is very important. The Trinamool’s goal is to get Matua votes back in the Assembly elections.

The BJP snatched the seat from the Trinamool in the last Lok Sabha polls. The Trinamool fell behind in this constituency as the BJP got a large share of the Matua vote. As a result, Mamata Banerjee called for an all-out fight against the BJP today by standing at this centre before the Assembly elections. In that context, She reminded of the various steps taken by the state government for the Matuas from today’s meeting. She said, ‘I have treated Barma myself. No one knew that the Matuas used to come so fast. This is my old place.’ She added, ‘We did it for the Baury community. I have created a board for the development of Matua. I have also paid Rs 10 crore.

The work will start as soon as you form the committee. ‘ ‘Harichand Tagore’s birthday will be declared a holiday. Work of Harichand Guruchand University has started. The West Bengal textbook includes a biography of Harichand Tagore,’ added CM. “The Citizenship Amendment Act (CAA) is trying to cheat,” she said. The state government has recognized the refugee colonies. All other colonies have also been recognized. The Trinamool leader said there would be no NRC-NPR in the state. “I will not allow NRC-NPR in the state,” She said. ‘ I will not allow the state to become Gujarat,’ she reminded. She slammed the BJP as well as the CPM. “The CPM’s Harmadras has become the BJP’s masters,” She said. RSS goons are coming from outside. ‘ People are coming out and teaching Hinduism to the Matuas,” she said. They are outsiders, not Bengalis. If you have power, fight politically-democratically. ‘ One member of Matua Barma’s family is Mamatabala Sarkar, a former Trinamool MP, while the other is Shantunu Tagore, a current BJP MP. In this context, Mamata took the BJP by the hand without naming it. She said, ‘Divisive politics is doing. It has broken the Matuas. Hindus and Muslims are sharing.’ Mamata also raised her voice against the centre with the peasant movement. “Farmers have been deprived of their land,” She said. Where will the farmers go tomorrow? Guy has enacted three anti-peasant laws. What the farmers make, the landlords and storekeepers will take. Farmers’ lives will no longer have any value. That is why the farmers are protesting, we are by their side.

The Trinamool leader said, “Potatoes, onions and pulses are nothing but essential products. People will no longer be able to eat potatoes and rice. In winter, the price of potato will be 50 rupees per kg. The price of onion will be 180 rupees per kg. ‘ She strongly questioned the government’s health programs and door-to-door programs in the state. “The government can go to the door for health insurance projects,” he said. The Central government did not pay for the cyclone. Our money gave us to advance. Regarding future investments and employment in the state, Mamata said Silicon Valley is being built on 200 acres in the IT sector in Newtown. Recently, Mamata announced that 9.5 lakh high school and high school students would be given tabs to read online. she also raised that issue today. She further said, ‘Scheduled Pension has been introduced for Scheduled Castes.’ Mamata reminded that everything that can be done within the law is done.