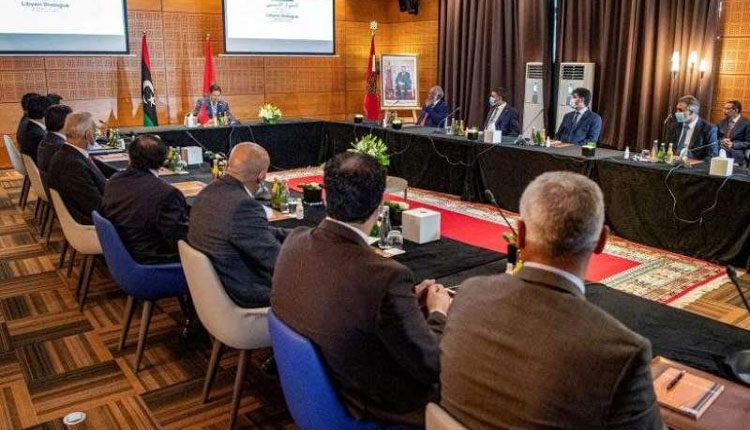 Rabat, Nov 23 (Bureau) Libyan lawmakers from the capital of Tripoli and the eastern rival city of Tobruk are scheduled to discuss on Monday the unification of the country’s legislative body – the House of Representatives – in the northwestern Moroccan city of Tangier, a Moroccan diplomatic source told Sputnik.

“The Libyan House of Representatives, which consists of two parts in Tripoli and Tobruk, on Monday will hold a joint consultative meeting with the support of Morocco in order to address existing contradictions. Members of Libya’s House of Representatives have already arrived in the city of Tangier, where a session aimed at bridging the gap will be held,” the source said. On Sunday, Idris Yahya, a member of the Libyan Political Dialogue Forum and a leading elder of Cyrenaica’s tribes, told Sputnik that the forum participants had reached a consensus on a road map to consolidate institutions of the country’s executive and legislative power and law enforcement agencies with the center in Sirte. The Libyan Political Dialogue Forum, which was held earlier in November under the patronage of the United Nations Support Mission in Libya (UNSMIL) in Tunisia, has ended without announcing the makeup of the new government and the Presidential Council. The forum participants – 75 delegates representing various strata of Libyan society – were unable to agree on the tools for choosing a new executive branch in the country.

Among the sole agreements reached by the forum members were the agreement on a road map proposed by the UNSMIL to unify the country’s public authorities and the date for Libya’s national elections – December 24, 2021. In late October, the country’s warring parties – the Government of National Accord (GNA) and the Libyan National Army (LNA) – signed the nationwide ceasefire deal at UN-facilitated commission talks in Geneva. Libya has been divided between two opposing governments since the overthrow and assassination of the country’s long-time leader Muammar Gaddafi in 2011, with the GNA and the LNA controlling the country’s west and east, respectively.