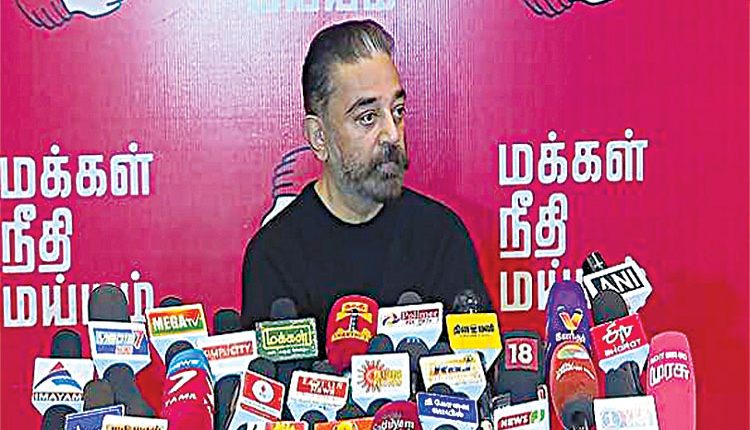 Coimbatore, Jan 13 (Representative) Actor-politician and Makkal Needhi Maiam (MNM) Founder Kamal Haasan on Wednesday unveiled his party’s seven point agenda for the industrial sector. Talking to reporters in this textile city, he said, if his party was voted to power, it would establish a ‘Ministry of possibilities’ to cater to science and technology, start-ups, and innovation that will give a major fillip to the industrial revolution 4.0.

The other promises in the agenda included incentivizing industries to set up in backward areas, holding quarterly summit of government-industry-academia-civil society as the think-tank headed by the Chief Minister, industry- integrated approach, encouragement to MSMEs, development of less developed regions in the State, strengthening unorganised labourers, skill development parks in every district and a new business facilitation model. He said with a view to reverse migration from rural areas to urban areas, his party would incentivise big industries to set up their back office less developed and backward regions, which in turn would create job opportunities in these areas. He also promised encouragement to MSMEs that would ensure enough liquidity. Replying to questions, Kamal said he would certainly contest the ensuing Assembly polls and the seat from where he would contest was yet to be decided.