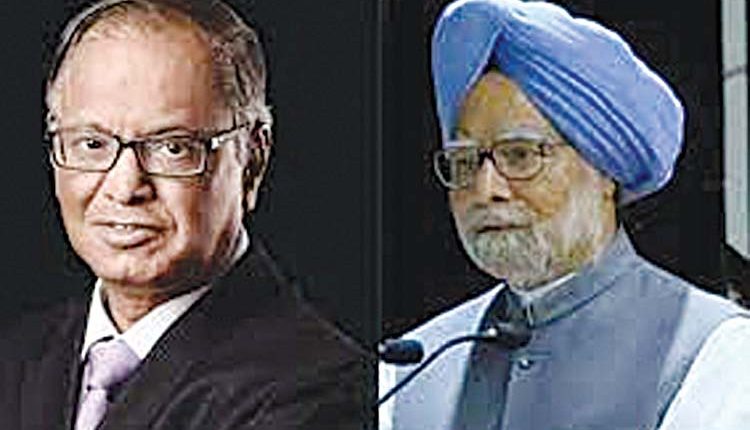 Ahmedabad, Sept 24 (Agency) Infosys co-founder Narayana Murthy has said that during the final years of Manmohan Singh’s government, the Indian growth story some how stalled as decisions were not taken quickly. “I used to be on the board of HSBC in London (between 2008 and 2012). In the first few years, when China was mentioned two to three times in the boardroom (during meetings), India’s name would be mentioned once,” he said at a session at the Indian Institute of Management Ahmedabad (IIM-A) here on Friday.

However, by the time he left the board of HSBC, India’s name seldom came up, despite Prime Minister Singh being at the helm of affairs, Murthy said. “I don’t know what happened afterwards. During Manmohan Singh’s government, who is an extraordinary individual, for whom I have tremendous respect, somehow India stalled. Decisions were not taken quickly, everything was delayed. And by the time I left (HSBC), if China’s name was mentioned 30 times, India’s name was hardly ever mentioned once,” he said.

Responding to a query, Murthy exuded confidence in the young generation to retrieve back the respect India had. “It is the responsibility of the young generation to make people mention India’s name,” he said. Murthy added: “During the period 1978 to 2022, China has left India behind by six times. But I do think that if all the wonderful people (youngsters) sitting here decide to make things happen, India too will see similar respect as China today gets.”