Decision on boycott of elections on statehood only after consulting AICC 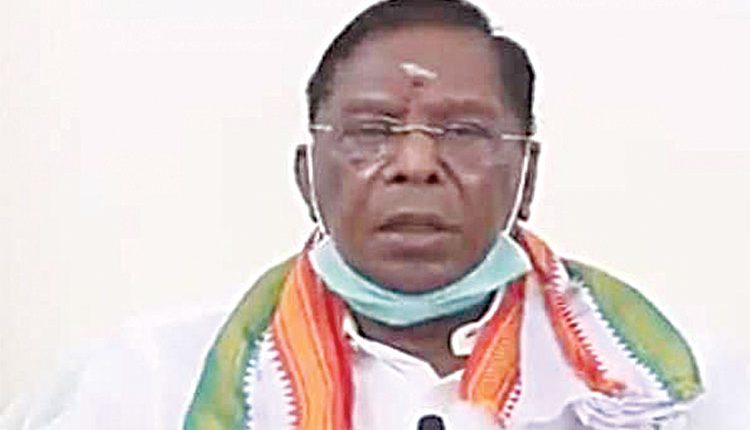 Puducherry, Feb 9 (Agency) Chief Minister V Narayanasamy on Tuesday said that a decision on the proposal put forth by NR Congress President and leader of the opposition N Rangaswamy to boycott the elections till statehood is conferred on Puducherry could be taken only after consultation with AICC.

Talking to news persons here, Mr Narayanasamy said a decision on the subject could not be taken here and added that on Wednesday, he will be meeting the President in New Delhi for recall of Lt Governor Kiran Bedi and later the statehood issue will be discussed with the Congress party high command. Congress do not have any second opinion on the statehood issue, he added. He said the DMK, AIADMK and CPI had expressed their views on the issue and added that this is not a decision taken by an individual party, but a collective decision. If a few parties boycott elections and few others oppose it, then statehood cannot be obtained, the Chief Minister said.