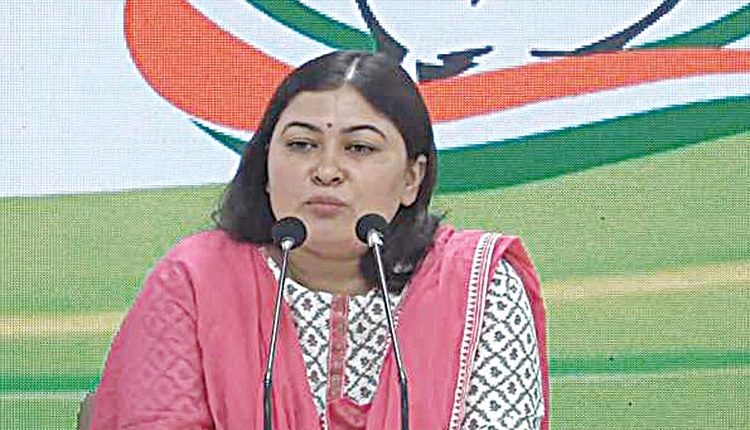 New Delhi, July 6 (FN Agency) The Congress on Wednesday launched a scathing attack on the Narendra Modi-led government at the Centre over hike in price of LPG cylinder and termed it “anti-people” .”Today, the price of domestic LPG cylinder was increased by Rs 50. I want to ask the Modi government who will buy the cylinder at an ‘exorbitant’ price. This is anti-people,” Congress spokesperson Ragini Nayak said at a press conference at the party headquarters here.She also claimed that during the Congress-led UPA government, the price of the domestic LPG was between Rs 400 to Rs 450.Taking a dig at Prime Minister Narendra Modi, Nayak asked where is the ‘acche din’ (good days).

“During the 2014 general elections, Narendra Modi had made ‘price rise’ a very big issue and gave the slogan of acche din ? Where is the acche din ? It is only for ‘mitron’ (friend) of Modi ji ,” she said. The Congress spokesperson also informed that the party will launch a nationwide protest from tomorrow over price rise. Earlier, Congress Deputy Leader in Lok Sabha Gaurav Gogoi in a tweet wrote, “Poor and the middle class Indians are feeling the maximum burden of PM Modi’s mismanagement of the Indian economy. Acche Din is only for big business who are given tax cuts, subsidies, and monopolies.” The price of 14.2 kg domestic cylinder was increased by Rs 50, while that of five kg by Rs 18 on Wednesday.According to the price notification of Indian Oil Corporation, now a non-subsidised 14.2 kg cylinder will cost Rs 1,053 in Delhi.