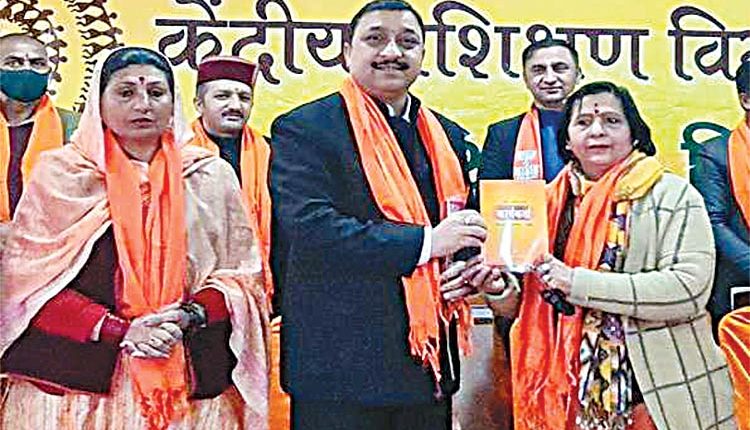 The BJP chief said that training camps of BJP workers are being conducted at state level in every constituency. With these training camps, the BJP workers get afresh in all situations and also get prepared for upcoming elections too as they gather all round knowledge of topics in the state. He said that yesterday railway minister Piyush Goyal gave loads of gifts to Himachal where he announced rail survey from Jagadhri to Paonta Sahib, he also announced to widen Kalka Shimla railway track that will enhance the tourist potential in the state, Chandigarh Baddi railway line got 200 crore and bhanupali Bilaspur railway line got 405 crore this is a big achievement for Himachal Pradesh we thank the centre minister for the same.

He noted that the Jairam government in Himachal Pradesh is working for all sections of the society and in the Panchayati Raj elections that took place the public has given full mandate to this government, this is for the first time that there is no anti incumbency in public.