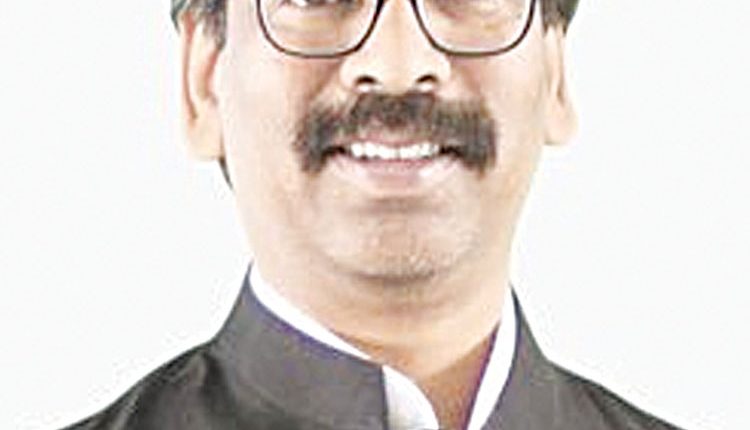 Ranchi, Dec 29 (FN Bureau) Chief Minister Hemant Soren promised the people of the state that after five years Jharkhand will not spread its hands before the Centre for anything. Speaking in a grand function which was organised at the historic Morhabadi Grounds of the state capital to celebrate the completion of one year of rule he said that on this day when he had come to power the previous government had given him keys of an empty exchequer and every department was deep into loans. “When the government had come into power the situation was horrific as even we had to think about how to pay the salary in the second month…I promise you that after five years Jharkhand will not have to beg before anyone, whether it is the world bank or the Centre,” he said.

He said that 20 years ago the state was having a surplus budget. He said at no point during these twenty years discussion was held as to how the state can be made self-reliant. Hemant Soren said that there are many states which do not have coal, mica and silver and despite having an abundance of mineral wealth, the state has fallen behind. He said that the state has a talented pool of players who are making a name for themselves at the nation and international level and there was also tremendous opportunities in arts and culture sector but no work was done in these areas. He said that while on one hand, the state was dealing with empty exchequer on the other hand it was battling with Coronavirus. He said that the previous government had made hospitals sick which also did not have ventilators.

The Chief Minister said that the adversity was accepted as a challenge by the state government and now the state-ranked on the second-third position in the country as far as the recovery rate of Coronavirus patients was concerned. The Chief Minister said that due to the wrong policies of the previous government till that fingers are being pointed at JPSC and even 6 Civil services exams could not be organised properly however his government will address the issue and in the first week of January a calendar of JPSC will be issued and process of recruitment will commence.

The Chief Minister said that the government was also taking steps for making the life of the villagers better in which Mnrega was playing a big role and efforts will be made to further improve Mnrega and a target has been set to increase the wages under Mnrega from Rs 200 to Rs 300. During the function, the Chief Minister laid the foundation for 59 new projects worth Rs 1529.06 crore, launched ten new schemes worth Rs 2,575.70 crore, inaugurated 171 projects worth Rs 1710.26 crore and distributed deeds and assets among 5,42,260 beneficiaries worth a total of Rs 962.50 crore. Those who were also present on the occasion included JMM supremo and Rajya Sabha MP Shibu Soren, Former Union Minister and Congress leader RPN Singh, cabinet ministers of the government and MLAs of ruling parties along with senior administrative and police officials.