AAP to contest UP Assembly elections in 2022: Kejriwal 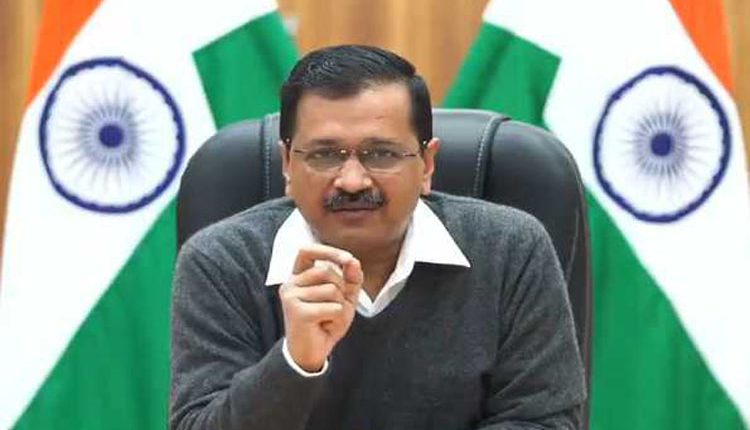 New Delhi, Dec 15 (FN Bureau) Aam Aadmi Party national convenor and Delhi Chief Minister Arvind Kejriwal on Tuesday announced that the AAP will contest Uttar Pradesh Assembly (Vidhan Sabha) elections in 2022. Addressing a digital press briefing, Mr Kejriwal said, “We created a party out of Jan Andolan, we never in our dreams imagined that we will get so much love, support, and trust from the people.

In these 8 years, the AAP has formed government in Delhi thrice and has emerged as the main opposition party in Punjab.” He said, “But today, I have an important announcement to make. AAP will contest Uttar Pradesh Assembly (Vidhan Sabha) elections in 2022. Many people from Uttar Pradesh come and reside in Delhi. Since the time the AAP government was formed for the third time in Delhi, many people who belong to UP and are residing in Delhi came to me. Many people and organizations from Uttar Pradesh are coming to me and are requesting that AAP should fight elections in UP. They want all the services which are offered in Delhi to be offered in UP. ‘On asking them about how a small party like AAP will take this up, they said that the people of Uttar Pradesh are fed up with these old parties. The people of UP will come forward to support AAP and to defeat these big leaders who consider UP as their property.”

Mr Kejriwal said that ‘every party formed government in Uttar Pradesh, but they did nothing other than filling their own homes’. Mr Kejriwal said, “Why do the people of UP travel to Delhi for every major and minor facility? If a family living in Kanpur has to send their child to a good college, they have to send him/her to Delhi. If a person living in Gorakhpur has to get good medical treatment for his/her parents, they have to come to Delhi. Why? Can the biggest state in the country not turn into the most developed state in the country? If the Sangam Vihar area in Delhi can have a Mohalla Clinic, why can’t the Gomti Nagar area in Uttar Pradesh have a mohalla clinic? ‘If Delhi can have the best government hospitals across the country, why is it that the conditions of the government hospitals in Uttar Pradesh are so bad? If the people of Delhi can receive a 24-hour power supply, why should people of UP suffer from long hours of a power cut? If the people of Delhi can receive free electricity, why are people of UP receiving huge electricity bills?

‘If the children of Delhi can receive education at par with private schools in government schools, why is the condition of government schools in UP so bad? If CCTVs can be installed in every mohalla in Delhi for the safety of women, why can’t we ensure the safety of women in UP and why do crimes repeatedly happen there?” Mr Kejriwal added. The Delhi Chief Minister said, “What is stopping Uttar Pradesh from walking on the path of development? It is the dirty politics and corrupt leaders in the state. The people of UP posed their trust and faith in every party and gave them a chance, but they stabbed the people in their backs. Governments entered and left, but every party broke the records of corruption of their predecessors. Some people would ask that UP has a lot of parties, what and how different can AAP be? Today, there is only one thing lacking in the politics of UP, which is a lack of honesty and intent. This is what AAP has. It is with this sheer honesty that AAP transformed Delhi.’ ‘We proved that the governments lack not money, but the intent. The people of Delhi wanted their lives to improve, their children to get a good education, their families to get good healthcare services, and an honest government, which is why they chose AAP thrice. It happened because, for the first time, the people could see the work being done in Delhi and they got an honest government who works for them and with them,’ he said. “Today, every resident of UP wants an honest government, which can only be given by AAP, which is why AAP will contest the 2022 Vidhan Sabha elections in UP. The people of Delhi had given AAP just one chance, and they have loved AAP so much over the years that they have forgotten all the other parties. I am sure that if the people of UP give us one chance, they will forget the other parties that currently exist,” he added.