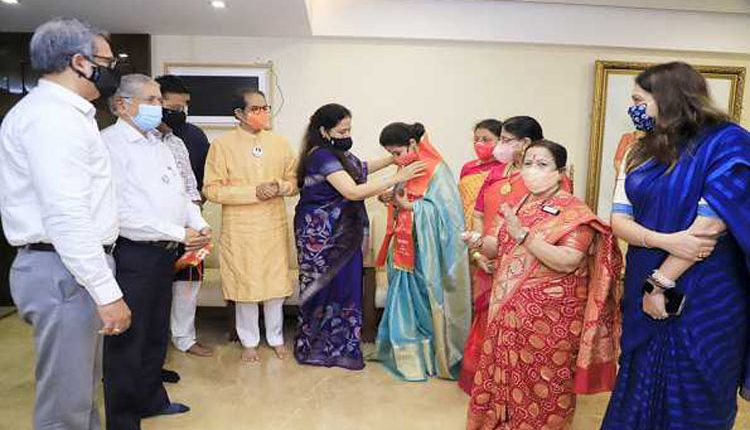 Mumbai, Dec 1 (Agency) Actress Urmila Matondkar, who had contested the 2019 Lok Sabha elections on a Congress ticket, here on Tuesday joined the Shiv Sena in presence of CM Uddhav Thackeray. Also Sena head, Thackeray accorded her a warm welcome to the party fold while his wife Rashmi tied ‘Shiv Bandhan’, a symbolic thread on her wrist.

Soon after that, she bowed with folded hands and paid her respects before a wall-portrait of the founder-patriarch of Shiv Sena, the late Balasaheb Thackeray and his wife Meenatai, at the Thackeray residence, ‘Matoshri’ in Bandra east. Ms Matondkar was recently nominated by the Shiv Sena to the legislative council from the Governor’s quota. She is likely to be tasked with reaching out to Mumbaikars, given her mass appeal and rapport with slum-dwellers as well as those living in plush colonies, ahead of the ensuing elections to the BrihanMumbai Municipal Corporation, slated for 2022. Shiv Sena insiders said that Matondkar’s entry would be crucial, given that the party has firmed up its plan to draw youths and the working class, apart from consolidating its traditional vote bank in the city. Chief Minister Uddhav Thackeray had already announced on the eve of Maha Vikas Aghadi government’s first anniversary that the Shiv Sena, NCP and Congress would contest the BMC elections in unison, to take on the BJP, which has already announced Mission Mumbai 2022 with a resolve to end the Shiv Sena’s reign over the civic body.